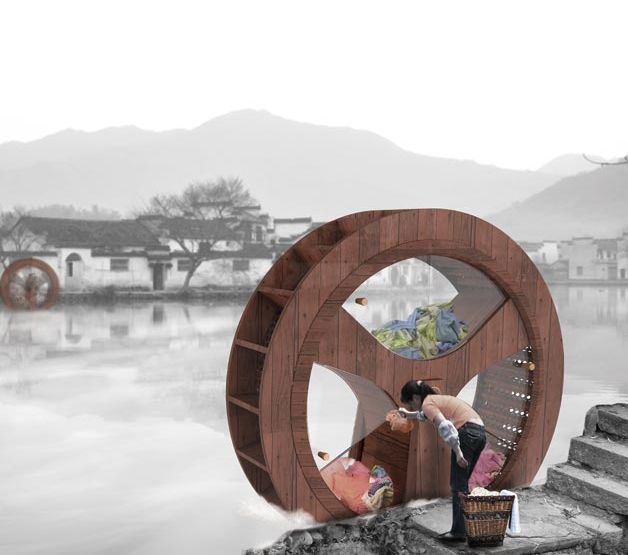 The mechanical waterwheels had for long played their crucial roles in the realms of irrigation before the advent of electricity powered contraptions. And now, some Chinese designers (Huang Tao, Jin Ronghao, Zhang Yixin and Zhong Ce) have taken advantage of this old yet low-impact scope, and ingeniously applied it to their conceptual zero carbon Waterwheel washing machine.

Inspired by the traditional washing techniques used by the Chinese, the core working principle of the Waterwheel washing machine is based upon the basic concept of being ‘powered’ by water. To that end, the device has inset vanes that are filled with inertial (flowing) river water for gaining the rotational momentum. So in essence, the circular washing machine is driven by water, while it also utilizes water for the actual cleaning purpose.

Furthermore, the contrivance has three separate compartments, each with a large internal space dotted with triangular ridges (for shaking the garments). This arrangement can cater to three different families, thus improving upon the ambit of energy efficiency when doing laundry.

At the end of the day, the Waterwheel washing machine alludes to the collective usage of water that entails both consumption and generation. This dual role fulfills a natural cycle, while at the same time catering to the advantage of humans in their daily activities (like washing cloths). 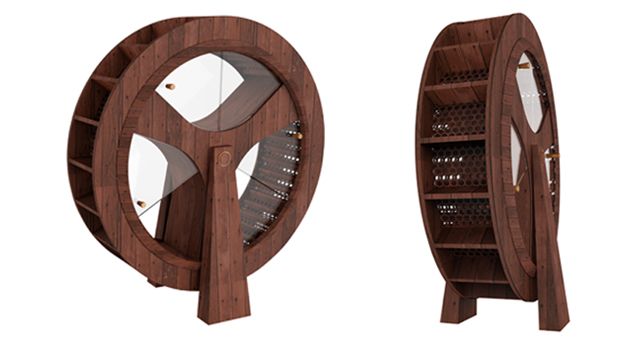 The design was a Red Dot award winning entry in 2013.