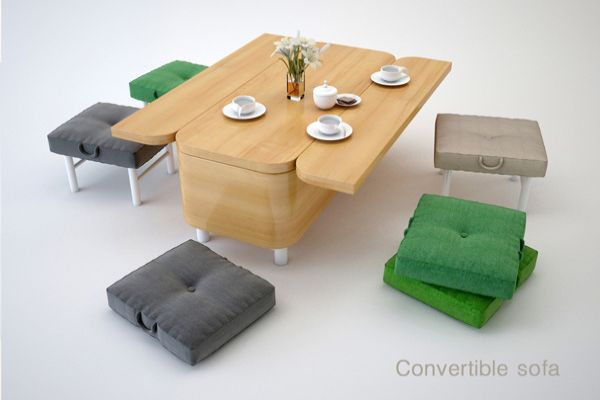 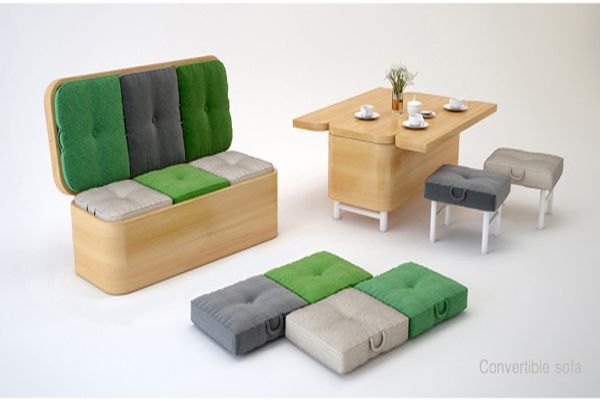 The current spatial trend plummeting towards the ‘future’ is surely stricken by congestion, over population and cramped conditions in urban areas, especially in developing countries. And in a bid to righteously solve these spatial issues, interior designs (as an integral part of architecture) has evolved over the years to furnish humanity’s future considerations. One of the consequences of urban population increase is the development of smaller apartments in high rise buildings that could exhibit much greater human density per square meter. In this regard, interior designing has also improved to cater to such small interior spaces. One such apt example would be the ingenious ‘Convertible Sofa’ conceived by Ukrainian designer Julia Kononenko.

Basically, the scope of the Convertible Sofa entails a modular sofa made up of detachable components, including the cushions. Now these components can be removed and then again assembled to form a full fledged dining table with six separate padded stools to be used as chairs. The main base support of the sofa is used as the table platform, while the cushions are organized on different leg sets to resemble the comfortable stools. And, if you thought this was deft spatial management, even the backrest of the sofa is utilized to be transformed into an extended counter top for the table surface.

So, in essence, every component of the sofa down to last detail is effectively used for a substitute furniture item in the form of a dining table. This follows the dictum of ‘waste not, want not’, which is certainly crucial from the perspective of efficient spatial organization in cramped urban quarters. 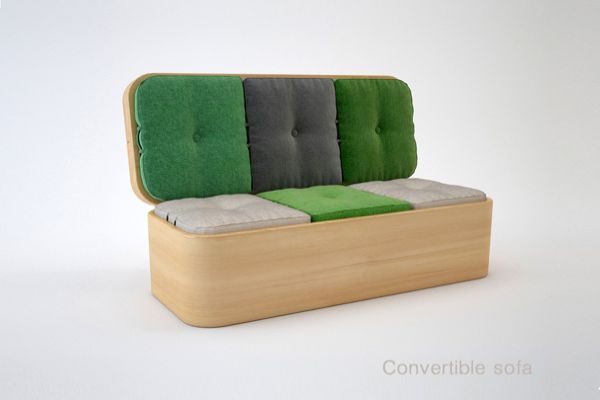