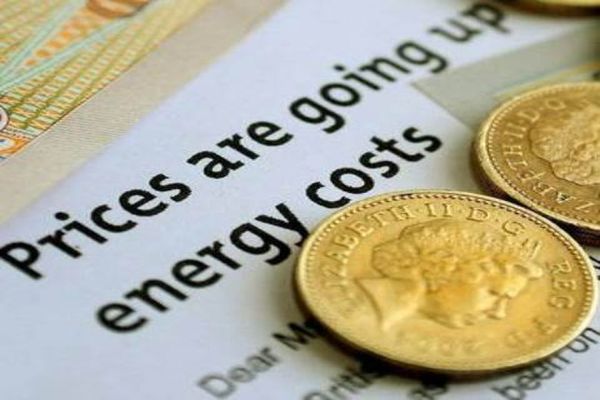 As human beings, we should showcase our own smartness and common sense in some relevant domestic situations – like saving our electricity and utility bills. As it turns out, the ‘saving’ part is actually is pretty easy to achieve with simple actions that wouldn’t really affect your day-to-day activities. So, while you are at it, please switch off your bathroom lights and check out eight such effortless ways by which you can slash your power bills.

1. Always unplug your electronic devices when not in use

Ever heard of the term vampire drain? No, we are not talking about modern day androgynous vampires. Rather it is the power siphoned off by your electronic devices when they are turned off, but still plugged to an outlet (with the outlet switch on). Now before you brand us as crazy, this power is actually required by the device to juice up their IR receivers, which in turn allows your remote control to work. In essence, the device (like your TV and air conditioner) draws 75 percent of its power over time when in a plugged state. So what is the solution? Well, the phenomenon can only be curtailed by physically unplugging the device cord from the outlet.

2. Try to reduce your usage of air-conditioners

It may sound hurtful to the likes of LG and Samsung, but air-conditioners are seriously the bane of modern day energy consumption. These power guzzling monsters are even known on occasions to consume a whopping half of your entire power usage, with the remaining half accounting for all the other contraptions in your house like fridge, televisions, ovens and computers. So you do see where we are going with this, right? Try your best not to use air conditioners on a regular basis. And, even when you do, always clean their filters and coils. Moreover, there are some alternatives to ACs, ranging from simple ceiling fans, low-energy ventilation systems to smart shading mechanisms and double pane windows.

3. Old ‘beer’ refrigerators are not really worth your time and energy bills

Yes, we are talking about those 90’s antique specimens you keep in your basement for beer parties and stuff. Now they might have been energy efficient stars in their heydays; but when compared to contemporary refrigerators and coolers, they are simply obsolete in terms of technology. Of course, it is not that we don’t approve of ‘ole’ items. However, a 20 year old fridge practically accounts for more than twice of power consumption required by modern fridges. So the best solution is to just plug your beer fridge overnight before the party, and then unplug it when the business is done.

Duct taping the HVAC components might give you short term benefits. However according to statistics, over time around 25 to 40 percent of hot and cold air escape through such taped points and other gaps and joints in the ducts. So as a more permanent solution, you can opt for durable patches like paint-on putty, mastic seals and even aluminum tapes. Also make sure that you are utilizing these materials in the right areas of the duct.

Tip – Look out for gaps in the elbow joints, as most of the pressure builds in such sections.

According to a statistical figure of 2010, around fifty to seventy percent of the world’s total lighting market sales were of incandescent types. Now scientifically, a CFL lamp only consumes power of between one-seventh to one-third of an incandescent lamp. So, if all the incandescent lamps of our planet were changed into CFLs, world’s TOTAL electricity consumption would be reduced by 2.5 percent. We also have another efficient alternative in the form of LED lamps. Commercially, LED lamp do cost more initially with Philip’s L-prize running up to $30 per lamp. However, once again when it boils down to core figures – the energy cost calculated over a period of 10 years (@ 15 cents/kWh and 6 hours usage per day) will result in $197 for an incandescent lamp, $43 for a CFL and just $33 for a Philip’s L-prize LED lamp. We should also remember that LEDs have much higher lifespan (with lower electricity usage); which is 30 times more than incandescent lamps and 3.5 times more than CFLs.

Tip – As an immediate solution, start turning off all the lamps you are not using inside the house.

Contemporary television sets do come with their host of related accessories, including sound systems, sub-woofer speakers, gaming consoles and DVD players. But if the TV is off, we do not really need much of these other items to be on. In such collective scenarios, it is always prudent to opt for a smart power strip that kills power to the other devices when the main device is not in usage. Of course in an ideal case, you can also disconnect the accessories manually.

Let us be honest here – a sump pump is generally bought because of your faulty downspout that tends to disperse the rain water into your basement. But a 0.5 hp sump pump can account for up to $30 of your electricity bills per month, especially during the rainy seasons. So, a cheaper and effective alternative is to extend your downspout for around 5 to 6 ft into the garden yard. And remember – this would be a one-time investment, as opposed to using your sump pump regularly during wetter seasons.

According to Popular Mechanics, a hot water heater ranks second in using energy in the house after the HVAC. And, if this energy is lost through the dilapidated casing of an old heater, you are surely paying more for your energy bill. As a solution for cutting back on this stand-by energy waste, you can opt for insulation blankets that can save you around 9 percent of the heating costs. But before buying always make sure that you have opted for the right type of insulation blanket that will be compatible and efficient for your particular heater model.