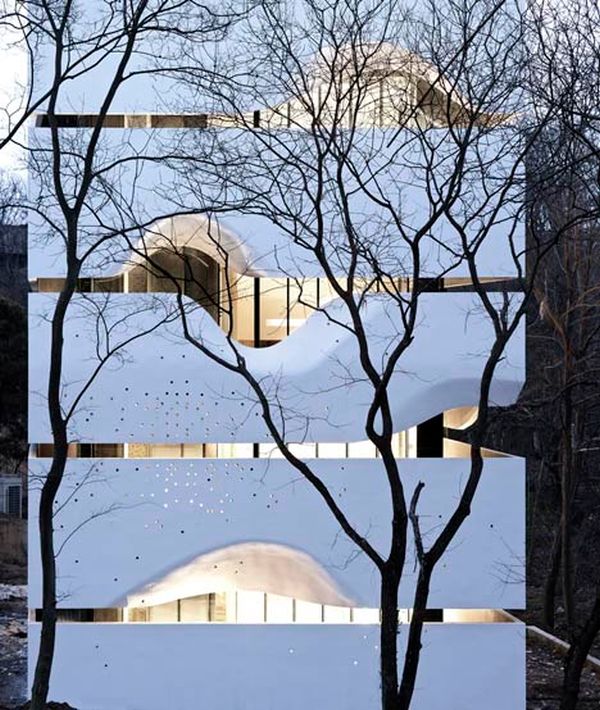 Traditionalism meets post-modernism in the above pictured CIPEA Blockhouse designed by Chinese AZL Architects. Set in the picturesque yet austere setting of a forest near the city of Nanjing, the structure comprises of four cubic floors stacked vertically atop each other, thus allowing minimal land usage of the ‘naturalistic’ site. However, beyond the area oriented advantages, it is the striking visual form of the house that really tickles our fancy. In that regard, the external facade of the building showcases ‘dented’ cavities on the walls that supposedly replicate the curling forms of traditional Chinese landscape scrolls. 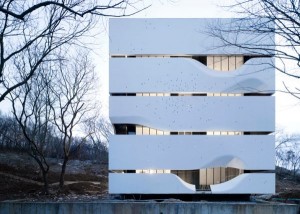 Structurally, the stacked form of the conception harks back to the minimalist style of pagodas that utilize lower excavation techniques (along with economical land usage). The ground floor of the house contains the dining area and living quarters, which allows the inhabitants to be physically and psychologically closer to the natural forest and a near-by stream. This scope of privacy meeting nature gradually gives way to a climactic ambit as we move towards the terrace. Finally, we come to the expansive roof that aesthetically coalesces with the surrounding landscape, thus providing the users with sweeping views of the rustic forest.

However, as we mentioned before, the vernacular element of this architectural project emerges from the uniquely shaped cavities on the exterior walls. These curved apertures offer minimal opening to the adjacent landscape, thus alluding to the traditional Chinese characteristic of ‘richness inside the house’. Moreover, the apertures and the horizontal cuts are made in such a way so as to provide the inhabitants with prescribed views which are reminiscent of Chinese art history and traditional Chinese gardens. 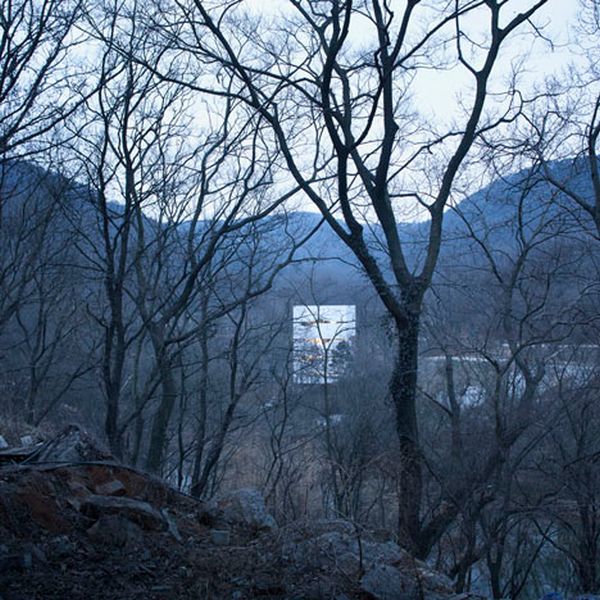 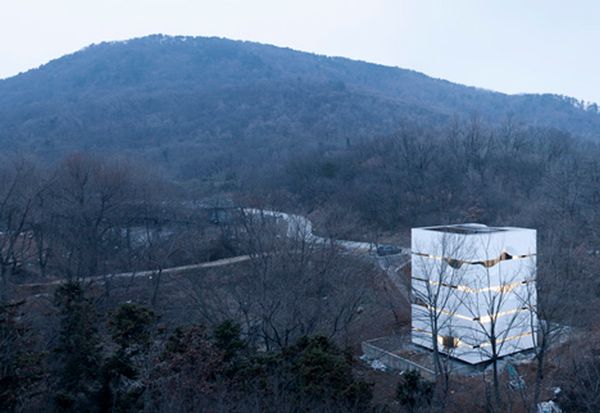 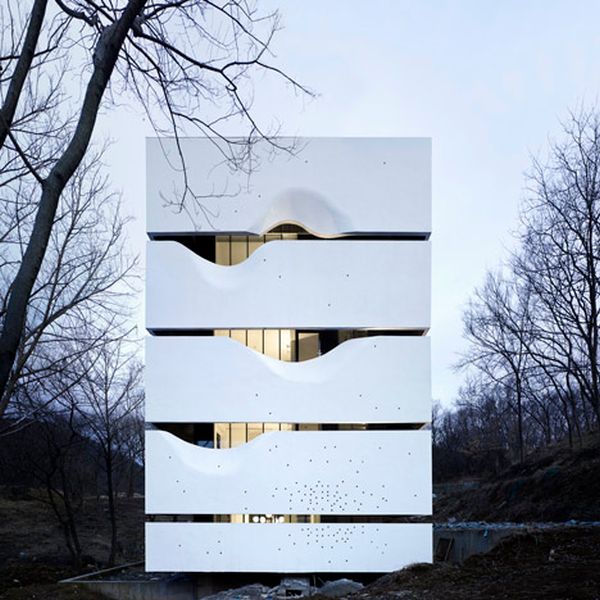 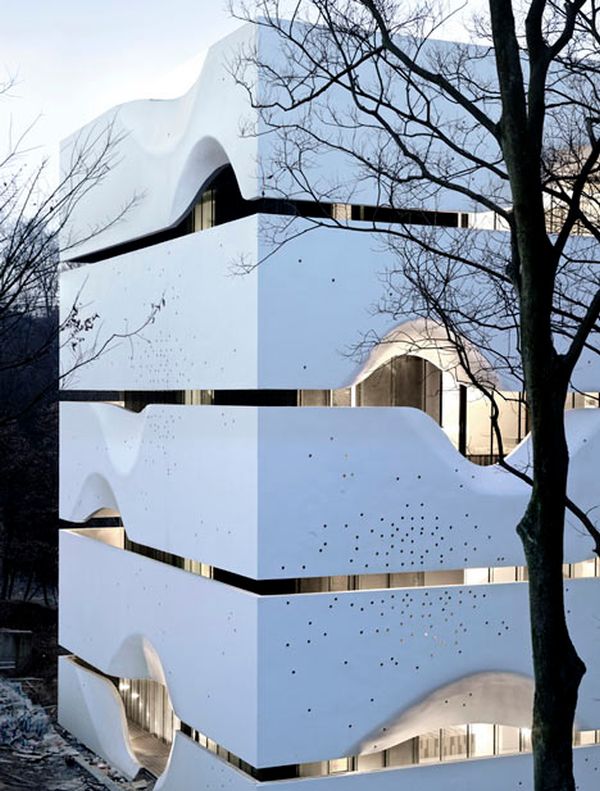 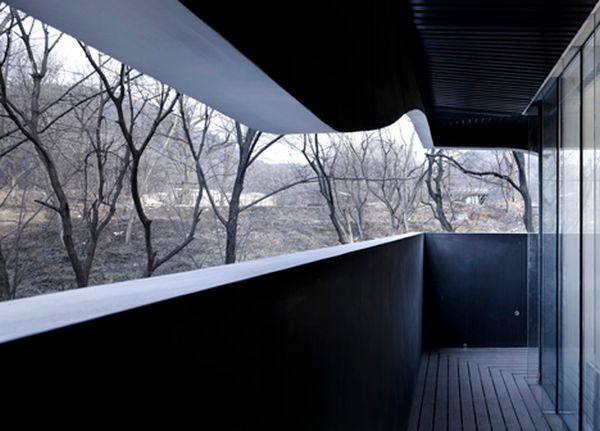 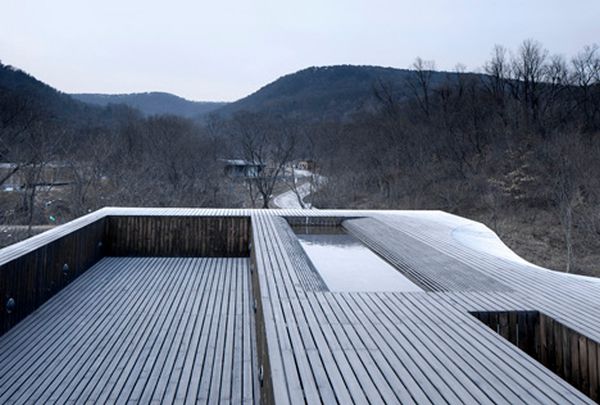 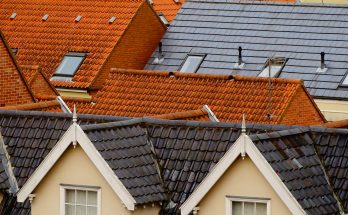