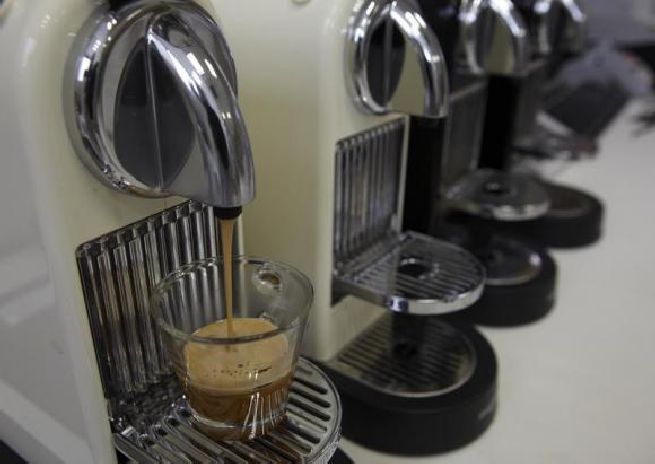 Now, tea might make the English happy, but it is coffee that rules the ‘roast’ (pardon the hastily crafted pun!) in America. In fact, Americans like their coffee in pretty large-sized portions. And, that is exactly what Nespresso will offer from now on, thus upping the ante of competition with United States’ leading coffee brand Green Mountain Coffee Roasters.

Nespresso machines form the sub-brand of the world’s largest food company – Nestle. And, now the Swiss giant will introduce Nespresso’s newest VertuoLine in North America. This progressive system entails eight large-cup coffee varieties that would satiate the taste and preference of American consumers.

Of course, the system won’t be limited to just serving American-style large-sized portions. The line will also encompass four types of ‘authentic’ European espressos for which the Nespresso brand is well-known in the first place.

Now, it may seem sudden on Nestle’s part to make its credible foray into America. But to put things into perspective, the American coffee market is worth a whopping $5 billion. Marc Duvoisin, CEO of Nestlé Nespresso, has hinted at this massive commercial scope by saying –

VertuoLine will be a game changer and will revolutionise the most successful segment of the coffee market in North America and change the way coffee is brewed and enjoyed at home.