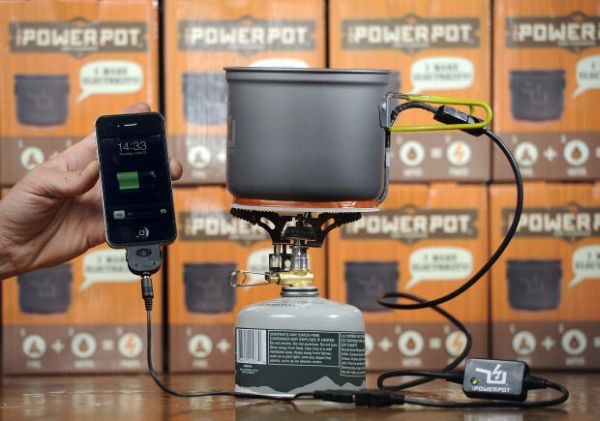 Whenever we think of ‘green’ power generating mechanisms, we tend to visualize solar panels and wind turbines. However, Salt Lake City based start-up Power Practical has taking up a different route by opting for ‘heat’, the oldest source of energy used by human civilization. In this regard, the company has developed the ‘Power Pot’, a bantam, one-pound thermo-electric mechanism that utilizes the scope of heat for generation of zero-carbon power.

The working nature of this portable generator entails the conversion of temperature difference between two physical entities into usable energy. In simpler terms, if you pour water into the pot, and hold it over camp fire, the difference in heat factor between the water and the fire will be used for producing clean energy. This generated energy in turn can be utilized for powering your mobile devices via USB cords.

The ambit is however not only about the novelty of a ‘heat to power’ mechanism; it is also about the efficiency (and thus practicality) of the thermoelectric device. According to the company, the aforementioned water-fire temperature conversion will generate the same amount of power as a conventional wall outlet.

Moreover, Power Practical are also starting a Kickstarter campaign for their second product, a diminutive power meter that can inform its users on how much energy is expended on charging a handheld device. Such accessible devices can certainly come in handy for ‘green’ consumers who do their bit for a sustainable future. 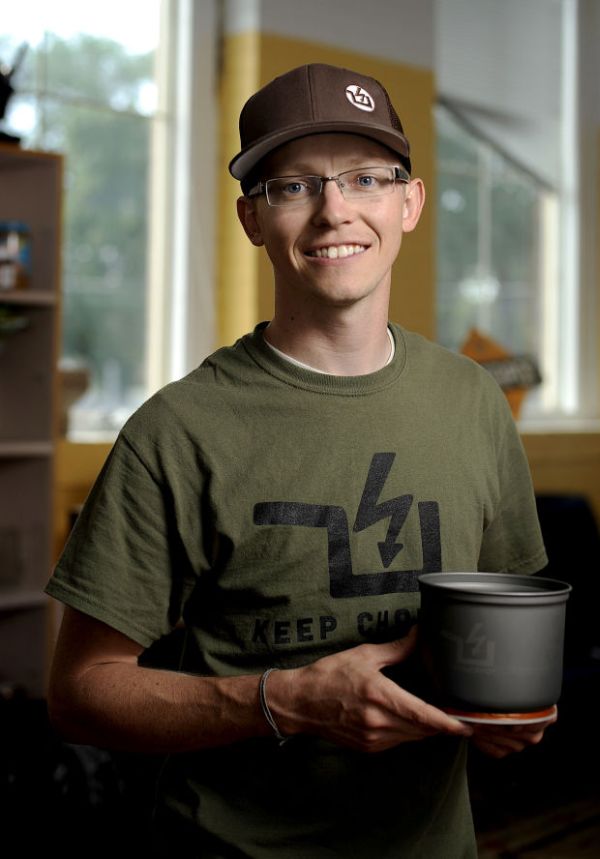