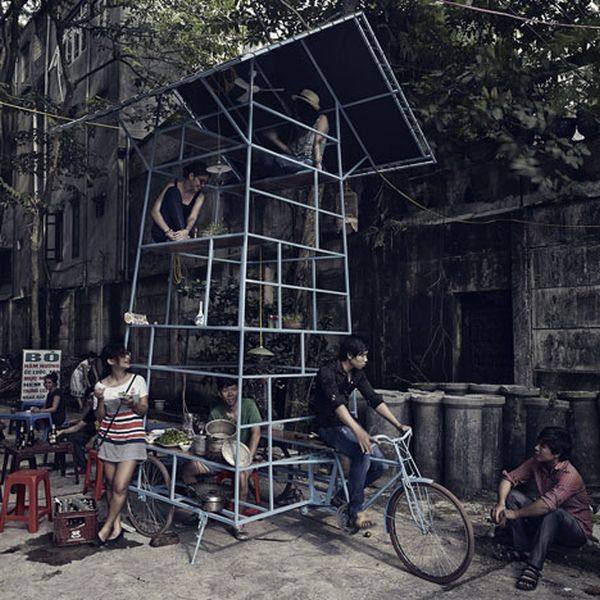 A mini-skyscraper that is portable! In the midst of all these oxymoron usages, we have come across a mobile structure designed by Swiss architecture firm Bureau A. Created for various purposes, ranging from street performance to a mobile restaurant, the unique seven-storied contrivance can actually be mounted on a tricycle and physically carried on the roads.

Envisaged as a cool project for Tadioto, a Hanoi-based bar and cultural center, the ‘building’ has been crafted from an arrangement of blue-painted steel tubes. This relatively sturdy framework is accompanied by a small PVC roof, along with personal utilities like fan and lights (which are powered by batteries).

As for its multi-purpose credentials, the functionality strikes a chord with the inherent flexibility of the design. Like we mentioned before, the project primarily serves as a performance space that iterates the vibrancy of local culture. However, when practicality dictates it, the mobile building also serves as a makeshift restaurant that dabbles in local delicacies. 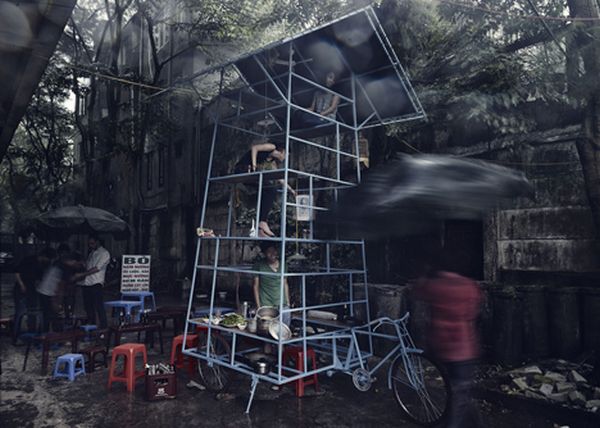 Finally, according to the designers, it is the mobility of the structure that really kicks up a few notches on the usability scope. Architect Daniel Zamarbide has went on to say –

When we were there [in Vietnam] we crossed the whole city with it, from the outskirts in the fields where the bike was actually made to the very center of Hanoi, where we had a small party.