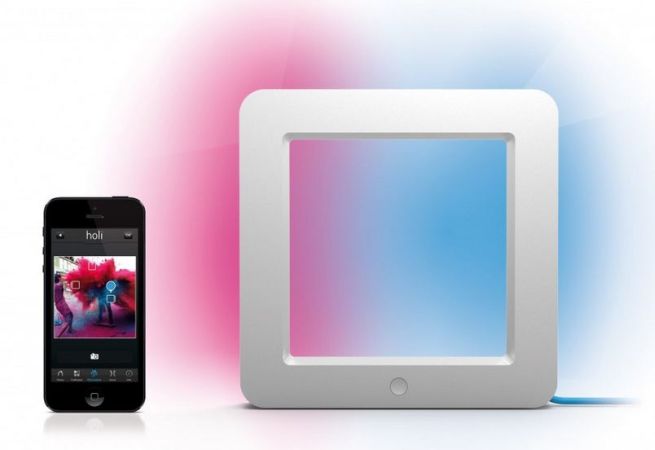 This year’s CES has shown us a bevy of remote controlled cooking contraptions and advanced sleep monitoring systems. However, this time around, things take a more vibrant turn with the utterly charming Holi smart lamp all set to make its foray in America.

In terms of design, the minimalist Holi (created by French startup FiveFive) boasts of a unique hollow square shape with an inch of thickness and a width of 7.8-inches. Its lighting credential comprises of 18 LEDs that are inconspicuously placed on the rear side of this high grade aluminum-made square bezel. This concentration of LED placement transforms the Holi into a dedicated accent light with over 500 lumens capacity, which is more than the visible light emitted by a regular 40W bulb.

Of course, the grooviest feature of the Holi smart lamp would surely be its ability to be remotely controlled from your iPhone and iPad devices via Bluetooth (each device can control three Holi lamps). The intuitive Holi app has over a thousand vivacious hues in its color wheel, which you can choose by just interacting with your fingers on the touchscreen. Additionally, the app can also be used for lighting scenes from photographs and pre-set programming like the rotating mode.

The other great feature of the Holi relates to the various in-room light shows that can be achieved with the lamp. These vibrant light shades can be gloriously synced up with music; thus creating an ambiance of a discotheque within your living room, with lighting effects changing according to the tempo of the beats.

Showcased in CES 2014, the Holi lamp has already made its commercial landfall in Europe, and is about to make its debut in United States in March. Currently, its retail price is €199 in Europe, while the American price is expected to be around the $200 mark. 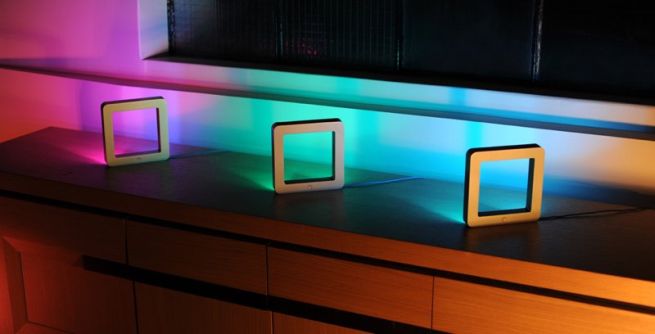