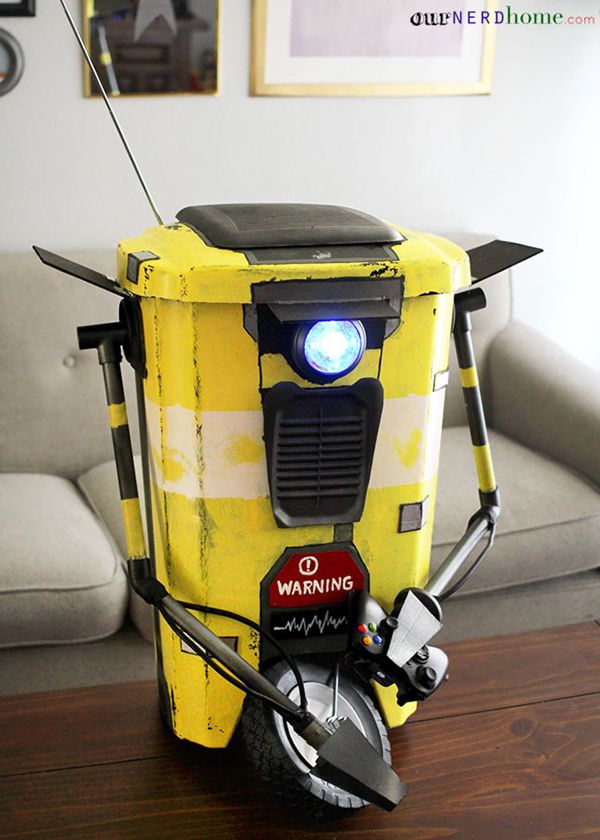 Those who have played Borderlands would surely know about the eccentric yet adorable qualities of Claptrap, a guardian robot from Pandora who poses as the quest giver and is seriously good at beat-boxing. And now the charming (yet sometimes annoying) automaton has made its ceremonious debut in the ever expanding realm of DIY, in the form of a functional Claptrap trash can.

The practical project has been created by some resourceful enthusiasts from Our Nerd Home, who have have made use of a myriad of items for the ultimate assembly. The honor list includes some odd components, like – a ready made step-on trash can, LED Puck Light, rubber tire, cardboard, PVC pipes, coaxial cable and even an extending antennae.

The complementary finishing details were achieved with an assortment of other usable stuff, including – acrylic paint, painters tape, eye-bolts with washers and nuts and goop type glue.

So, if you are seriously interested in the DIY endeavor, you can take a peek at the step-by-step tutorial provided at Our Nerd Home. And yes – it is certainly novel to have an adorable robotic contrivance that goes beyond the replications of R2D2 or Wall-E. 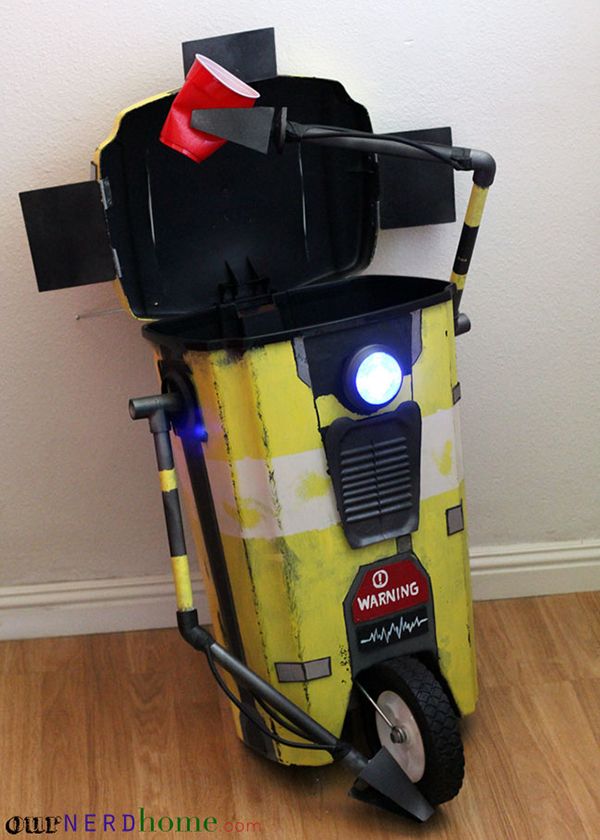 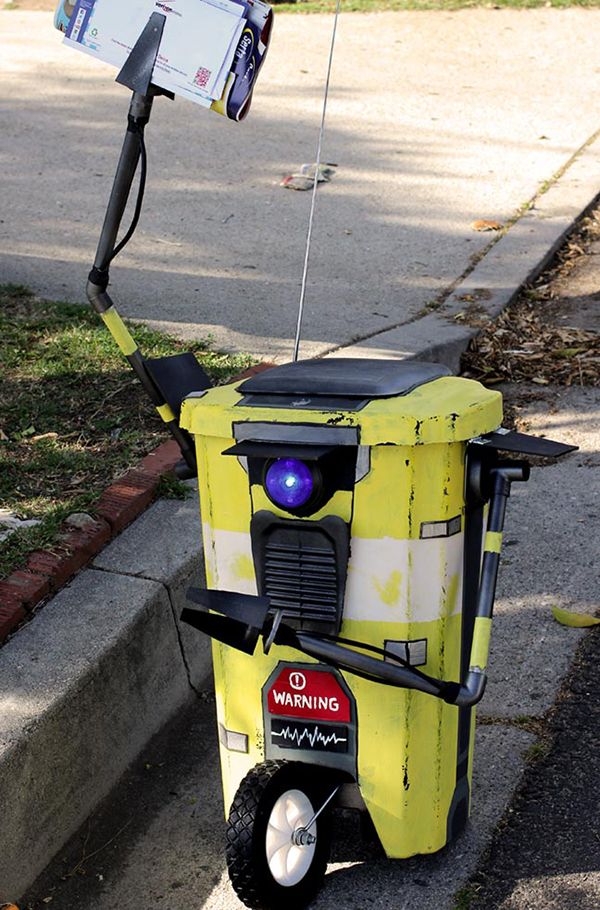 […] and blankets so that you no longer have to have a game of tug-of-war in the night. You’ll improve your…

[…] with curtains. This bed will make an incredible addition to your bedroom and create a feeling of romanticism that…

[…] clean kitchen keeps ants and other pests out of your home. If you spot ants in the kitchen, it’s…

How Much Does a Pest Control Service Cost? - Home Harmonizing - 6 Solutions to the Most Common Household Problems

[…] a the-sooner-the-better approach to pest control. Delay treatment and the number of pests infesting your home will increase. In…