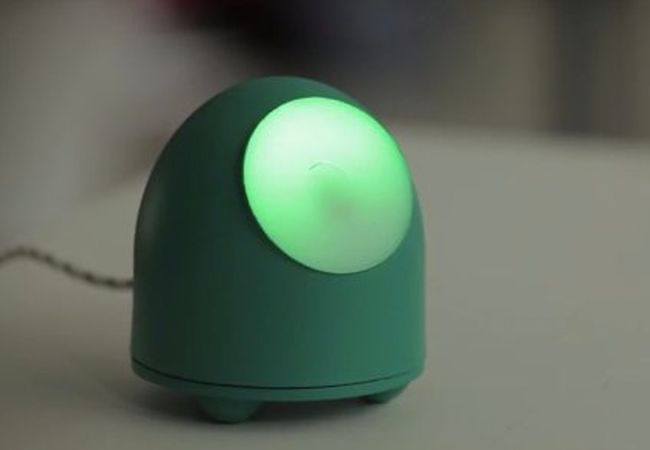 Developed by a 25-year-old enthusiast, Kayla Matheus, Moti is a tiny gadget in the beta stage of testing. It flashes lights and vibrates to indicate the user about his performance, which may relate to any task like running on a treadmill or doing aerobics. Lately, Kayla marked 30 weeks of the development of Moti, and it is expected to reach the market later this year. Google has partly sponsored the development of the product.

Kayla says that there are three important attributes to build a routine or a habit, i.e. “trigger, routine and reward.” The concept of Moti is based around these three attributes, which would motivate the user to perform the task. The first and foremost thing is to keep it in a place where it is clearly visible. The device will vibrate and flash lights of different colors to show the performance of the users, so that they can get real time feedback.

When we use different fitness applications, it is very easy for us to get rid of the notifications. You can do it by just swiping it away. Kayla is in the process of developing an application for the Moti, which will keep a record of the user’s objectives and accomplishments.

The user will be cautious during the task, as the Moti will flash and vibrate to inform where the user is slacking. There would be a sense of being monitored all the time. Different models of the device have been created to work on the aesthetic appeal. According to Kayla, there could possibly be more variants of the gadget as per the need of the market.

In this era of technology, innovation is the key to differentiate amongst several available options and produce gadgets, which would make the life of people at ease.