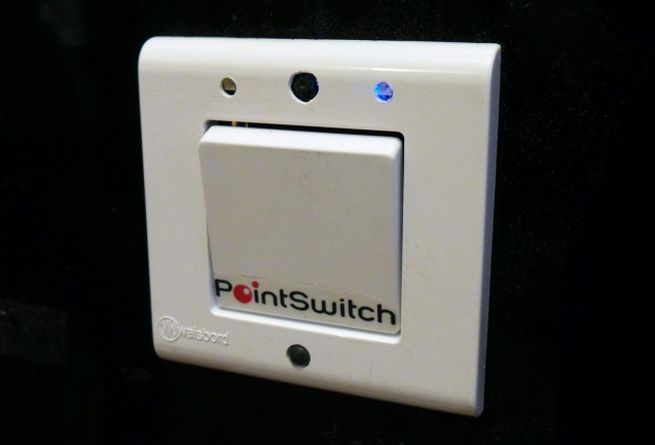 It truth be told, many of us closet geeks were enticed by Tony Stark’s gesture controlled home automation system (well, along with his Iron Man suit). Well, if things go according to PointGrab’s vision, such advanced gesture controlled technologies might just become the much heralded reality of the future.

A welcome change from ‘smart’ features of mobile phone controlled home devices showcased in CES 2014, PointGrab’s PointSwitch technology takes things to the ‘really smart’ level. How so? Well, instead of using your smartphone or a dedicated remote control device, you can just point and wave to interact with your appliance.

This futuristic scope is possible with the PointSwitch’s working nature that entails a wall-mounted switch being equipped with a small infrared camera. This system recognizes your fingers movement pattern and calibrates your eyes with the help of special chip with gesture algorithms incorporated into the said appliance. 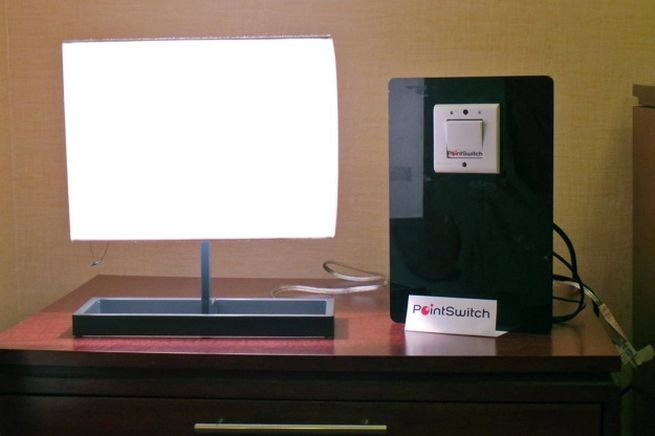 For example, you can control a lamp’s dimmer by just pointing your finger towards the chip-embedded fixture. According to the company, this wireless range of interaction covers over 15 ft, while a single camera system can be utilized for regulating various appliances in a room. Such controllable devices include – thermostat, television, speakers, lights and even kitchen appliances like microwave ovens and dishwashers.

In terms of practicality, the gesture control ambit is still in its nascent stage with miles of development still to go. However, we cannot deny the huge commercial potential of the technology, which might even overtake the current trend of smartphone controlled devices.

The good news is – a few electronic giants, like Samsung, Acer and Lenovo have already jumped on the bandwagon of gesture control with their innovative PC and TV contrivances. And, in an interesting note, according to a statistical estimation by Multimedia Research Group, the software pertaining to such type of mechanism might be found in over 35 percent of ‘entertainment’ devices by the year of 2018.