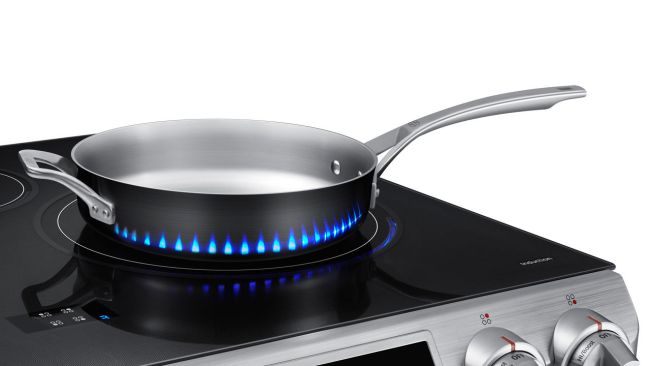 Whether purists like it or not, induction stoves have stormed the cooking market with their inconspicuous ‘magic’ of magnetic power. However, those who are uninitiated to such a type of cooking scope, might find the process to be a tad intimidating. The reason for that is very simple – from mankind’s primitive ages to recent times, the ambit of cooking has always been associated with fire; but the induction mechanism unceremoniously dumps that ‘flame flair’. Interestingly, Samsung is bringing fire back in vogue, albeit in a fake way, with their new NE58H9970WS/AA range of induction stoves.

The advanced inducting cooking mechanism will flaunt a semi-circular array of spike-shaped blue LEDs at the base of the container when you keep the utensil atop the induction system. And, the best part is – the intensity of these LED illuminations will go or down in sync with the rising or falling of the cooker’s temperature. In essence, it endows a visual side to the induction mechanism, which is akin to conventional gas-based stoves with their flickering flames that go up with heat.

Now, at first instance, the tech may seem to be a bit gimmicky – but it might just work well for the inexperienced cooks who are about to make their debut in the realm of induction cooking. Moreover, the ‘silent’ nature of induction cookers sometimes hide the fact that they heat up quite fast, and can be potentially dangerous if you are not keeping an eye on the system. The NE58H9970WS/AA range shoos away any such unsafe scenario with the LEDs acting as the definite visual indicators for the temperature achieved by the stove.

But, as they say, awesomeness never comes cheap; the Samsung NE58H9970WS/AA induction stove will set you back for a price of $3,700. 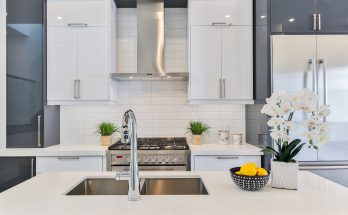 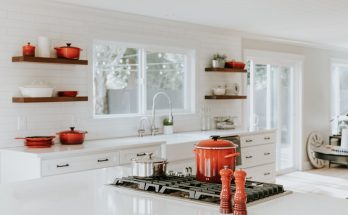