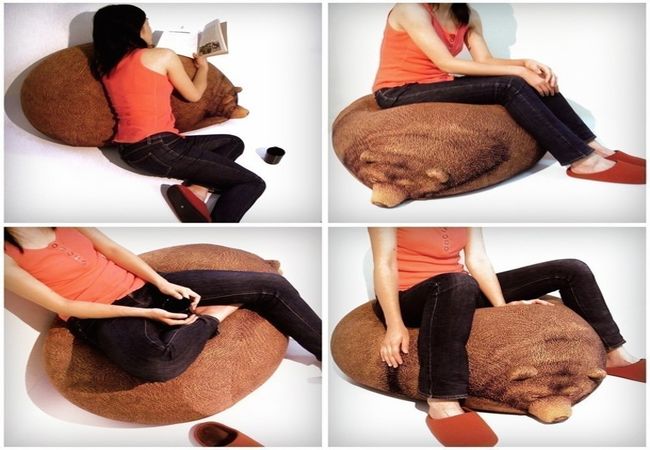 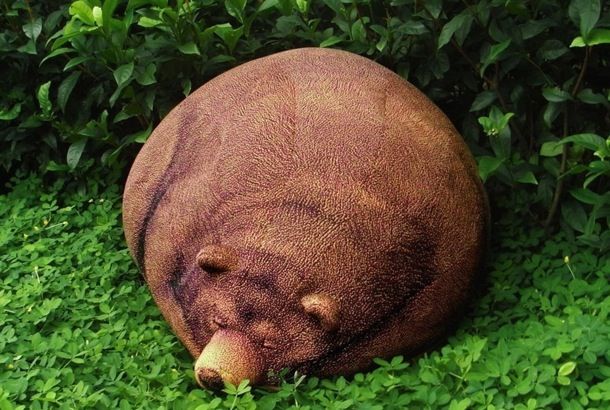 Ever had that feeling where you were confused, angered and enticed? Well, we are not talking about love! Rather that sequence of reactions were what we went through after seeing the Bear Bean Cushion – an odd, potentially offensive and probably comfortable seat from Hong Kong-based Chic Sin design studio.

Billed to have a very ‘realistic’ detailing, the furry texture of the faux Grizzly Bear was derived from a special knitting technology. In fact, the designers have talked about utilizing specialized digital printing that has made its possible to replicate the three-dimensional depth of the fabric that snugly covers the filling of presumably synthetic beans.

Of course, beyond the graphical and aesthetic demonstrations, it is the bold symbolic essence of the big Bear Bean Cushion that holds our fancy. According to the creators, the design was a way to tackle controversial environmental issues with a touch of humor. Now, we wouldn’t go so far as to label it as only humor; but the Bear bean bag does hit the ball out of the park when it comes to parodying the decadent levels of materialism prevalent in some sections of our modern society. 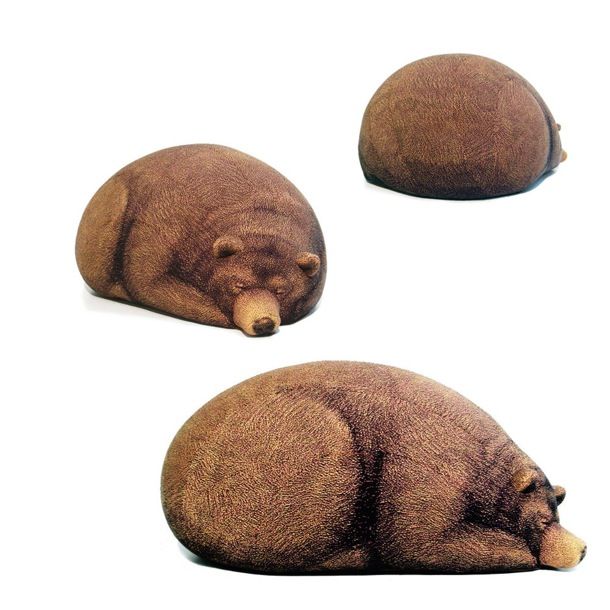 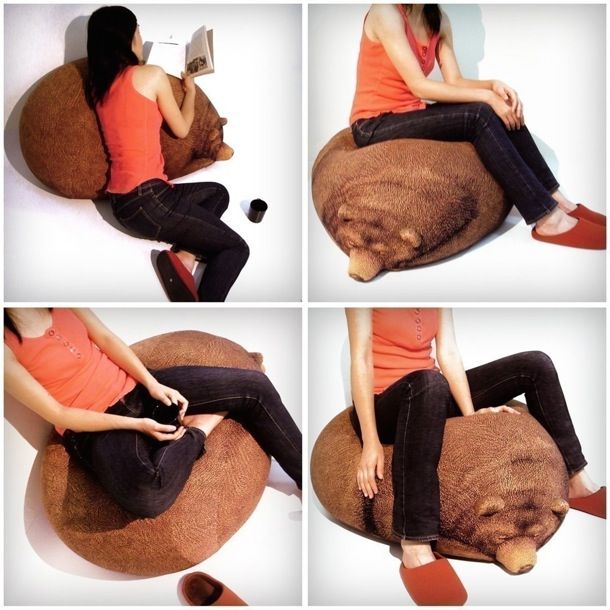