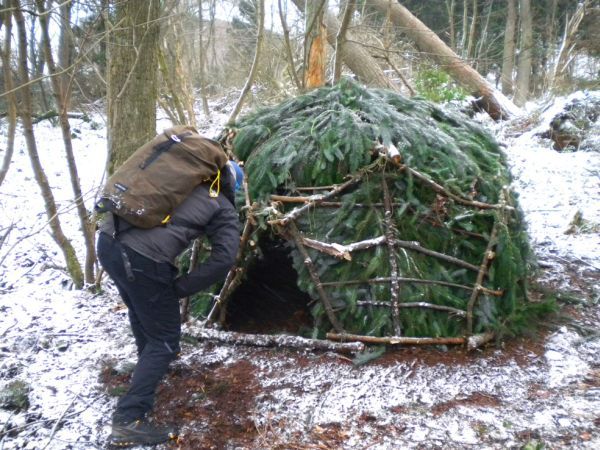 What better way to pass your time than building a structurally complex geodesic dome out in the wild? Right? Well, that is exactly what two Glasgow based architects have achieved in the hilltop forest east side of the city of Glasgow (containing Dawsholm Waste Transfer and Recycling Facility). One half of the adventurous architect duo, Kev Langan has shared his side of the story of how the designers braved many predicaments (like freezing winds, dog walkers and even wild rats). However, finally they did manage to create a worthy geodesic dome out of just twigs and branches! 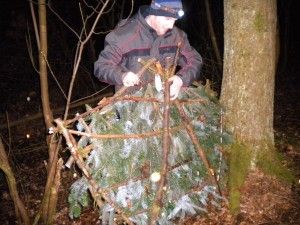 Now, coming the structural consideration of the dome in question, it consisted of a rough framework of arranged pentagonal components. These pentagon shaped modules were crafted out of the sticks the designers had collected from their trip through the forested area. The pattern of each module entailed an inner and outer frame; inside which the architects fixed some fir branches from an nearby fallen tree. Finally, five such pentagons were painstakingly crafted, and then assembled in an upright position to form the ‘walls’ of the dome.

Of course, till now the elevation of the structure was only completed, thus still requiring substantial roofing. The architects solved this problem by covering up the upper section with more twigs, and then ’tiling’ it up with conifer branches from a deadwood tree. Finally, the whole framework was efficiently draped in coniferous leaves to endow solidity and insulation properties to the completed structure. As for the result, yes; our young adventurers were successful in spending the night relatively unharmed inside the cozy, insulated safety of their DIY constructed geodesic dome. 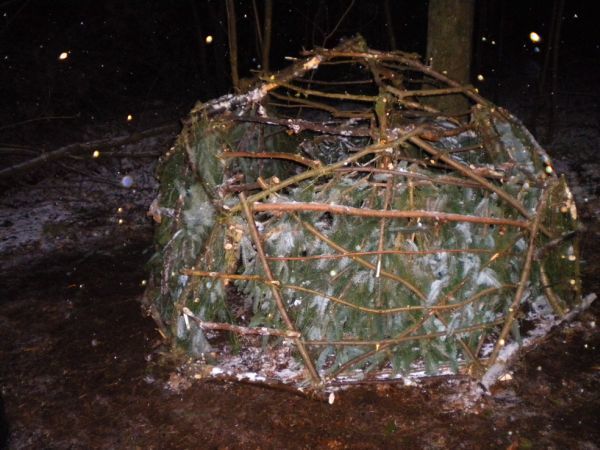 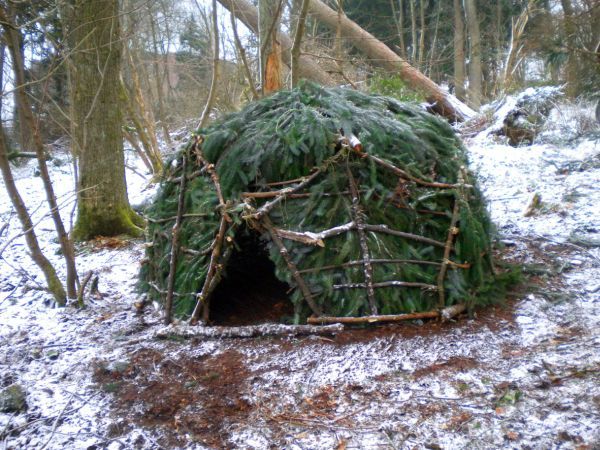