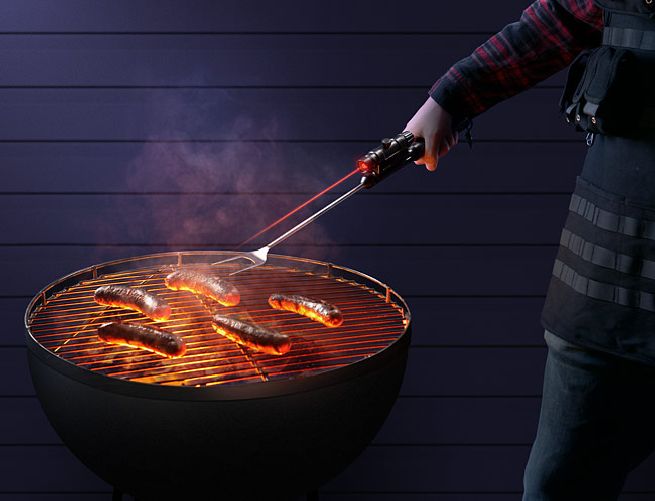 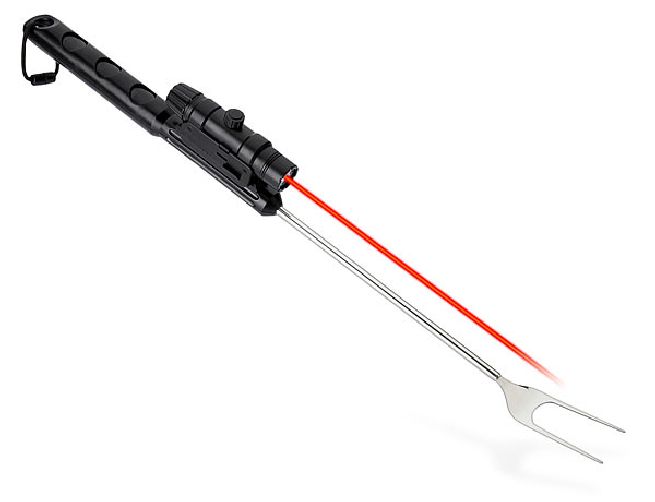 Remember the lightsabers of the Sith Lords in Star Wars? Well the TGX Tactical BBQ Fork looks almost the same expect for one tiny difference. It is a barbecue fork, unlike any you have ever come across. It is a robust, laser-equipped, high-tech barbecue fork that can double as a combat knife.

Featured at ThinkGeek, this badass BBQ fork comes armed with a class II laser attachment and a flashlight, which are clipped onto the body of the fork via the Picatinny tactical rail system. The attachable “scope” acts as both the laser pointer and the flashlight, and can be released with the help of the Release Latch.

The laser and the flashlight modes can be used separately as well as simultaneously with the help of the ON/OFF switch. Just twist the BBQ fork to select either of the two modes. The laser beam ensures precise laser-guided grilling, while the flashlight enables you to enjoy those late-night barbecues with your friends and family.

It works great with the latest high-tech grills as well as the age-old brick fire pits. The 2 ft long TGX Tactical BBQ Fork has a sturdy zinc-alloy body and a stainless-steel fork, and weighs about 1 3/4 lbs. The 11″ handle with a flat black finish provides better grasp.

This BBQ fork is enabled with two AAA 1.5V alkaline batteries. It is provided with a nylon loop with which you can easily fasten it to your Tactical BBQ Apron.  According to the information on the website, it is not dishwasher-safe, and the handle should not be immersed in liquid.

If BBQ is a man’s game, TGX Tactical BBQ Fork from ThinkGeek is indeed his newest toy. 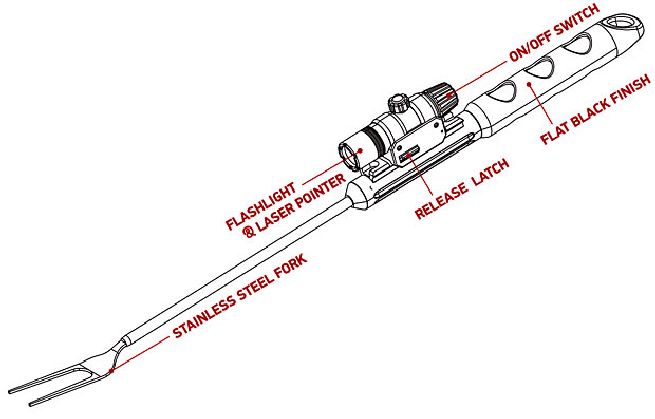