Among various home oriented systems, it is the field of lighting that has arguably undergone through the most rampant phase of technological evolution in the recent times. Designs like the sunlight-mimicking Philips HF3520 or the bio-plastic based Winkel w127 would surely support our bold statement. And, now we have the Aurea, an advanced dimmer switch with integrated tactile sensors that conveniently offers six levels of lighting.

Conceived by Eduardo Rincon-Gallardo Martinez and Asun Sagredo for Simon lining systems, the core design aim of the Aurea project entails an unobtrusive mechanism that wouldn’t visually conflict with more obvious decor items. Hence the switch is contrived with a minimalist flair that aptly matches with its incognito credentials. 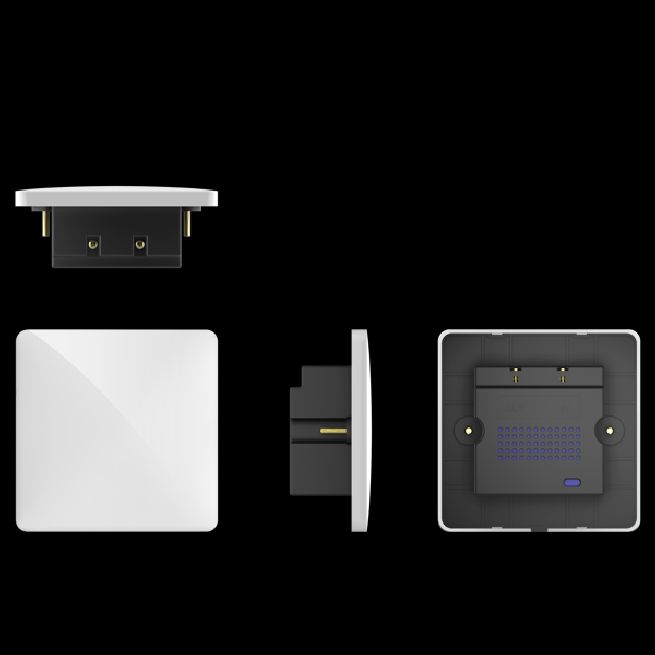 But on closer inspection, we can observe a spiral pattern on the front facade of the mechanism. This forms the aesthetic focus of the design, while also integrating its capacitive sensors. So, when you softly move your finger over the pattern, the lighting levels get altered. The LEDs increase in their respective intensity with every tactile step of the spiral.

At the end of the day, the Auria dimmer switch alludes to the fusion of simple aesthetics and progressive technology. This rare combination does help in alleviating its visual impact, while at the same endowing your interior with futuristic ambiance.