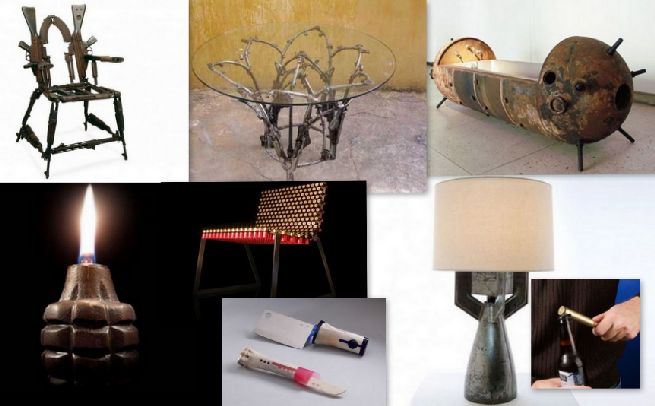 Weapons and home accessories have a history of NOT going hand in hand. There is a good reason for that – armaments tend to lose their ‘combative charm’ in the peaceful (or is it?!) domestic arena. But as always, there are some designers and studios who have taken up the bold challenge of crafting weapon-made home products. And, more than just a gimmick, there is a seriously conscientious effort on their part in transforming these destructive relics into constructive contrivances.

So, we raise our humble hats to the eight most innovative home products made from real weapons and armaments. 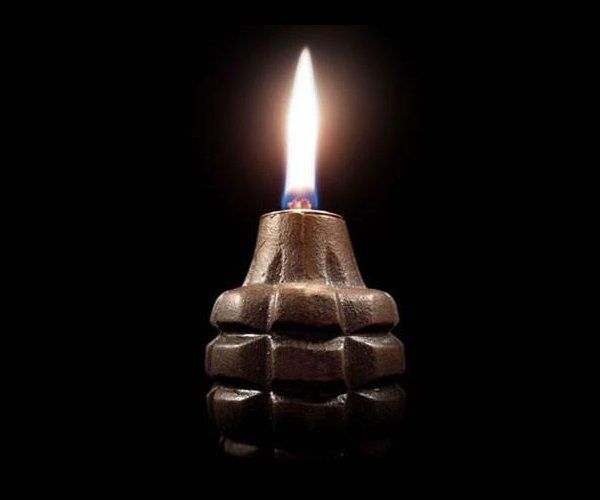 Made by New York-based artist Piet Houtenbos, these ominous oil lamps are balefully realistic. That is because they crafted from real albeit de-powdered hand grenades that have been officially deactivated from the United States’ military. Available in gaudy colors like silver and gold coatings, and also in their natural hues; we would obviously suggest the latter. 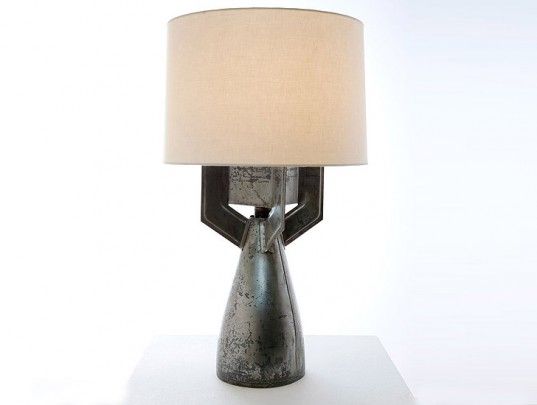 Yet another glorious weapon-made contrivance from the Big Apple, the Megaton Table Lamp is crafted from a 100-lb bomb from the Korean War. Contrived by expert ‘armament dabblers’ Stockpile studios, all the decayed paint and corroded sections have been painstakingly removed to reveal the authentic tint of the gleaming relic of destruction. Additionally, you can also have an optional retro-styled lampshade made from natural linen. 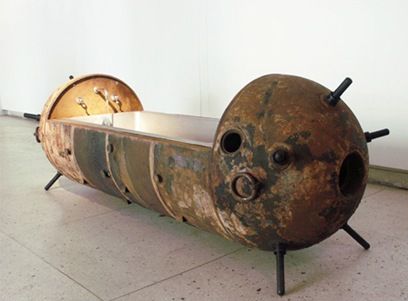 Estonia’s Mati Karmin has successfully assembled a whole furniture line made from vintage Second World War armaments. The above pictured bathtub belongs to this boisterous collection, and is remarkably crafted from a salvaged Soviet-made mine of the time. You can gleefully gawk at other items of the series, which also includes a bed, coffee table and fireplace. 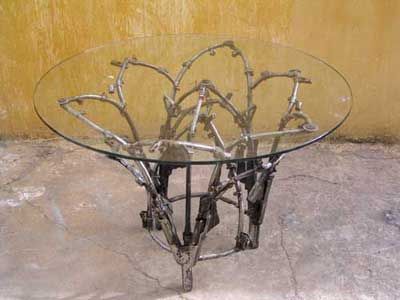 In the starting paragraph of this article, we fleetingly mentioned how designers have conscientiously given their best to turn destructive gizmos into useful designs. Well, the above pictured coffee table from Peace Art Project Cambodia (PAPC) aptly epitomizes such heroic efforts. A part of larger collection of furniture, PAPC created all the artistic specimens from the decommissioned guns and weapons that were used in the 30 years of Cambodian civil war. 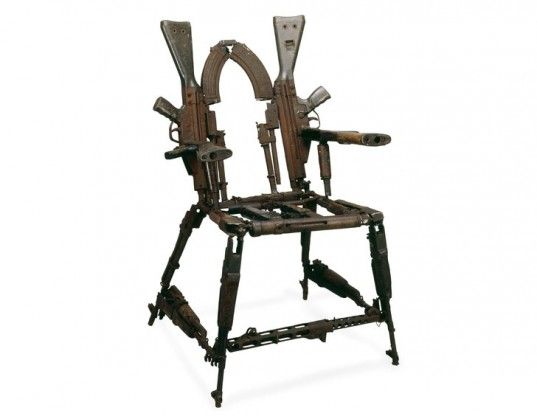 Yet another example of fastidiousness, the aptly named Throne of Weapons was proudly conceived by Cristovao Canhavato (Kester). Made from decommissioned AK-47 assault rifles (among others), all of the weapons were originally salvaged by the Transforming Arms into Tools organization after the end of the Mozambican civil war in 1992. And interestingly, there is a subtle symbolism behind the use of guns, with the specimens being originally manufactured across various countries from Asia to Europe; thus alluding to the ominous reach of international arms trade. 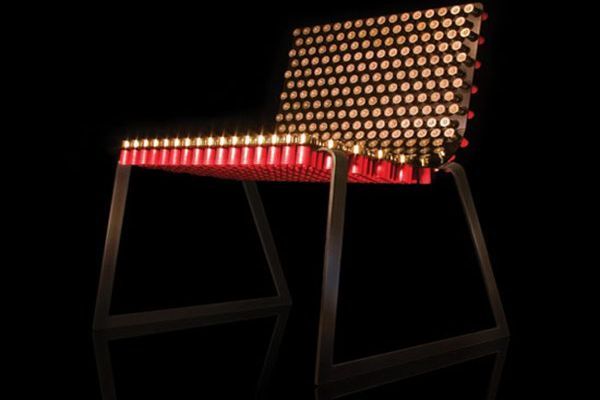 Created by designer Alexander Reh, the original framework of the chair comprises of a perforated steel structure, which was gun blued by hand to protect against the advent of rust. Finally, the arrangement of cavities were filled with one-time fired 388 12 gauge shotgun shells. The end result is the ‘industrially’ elegant Fully Loaded Chair that hints at the precarious fusion of comfort and demise. 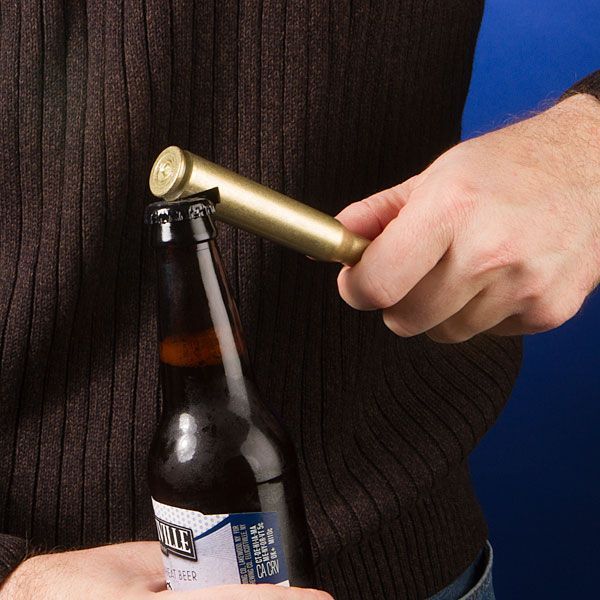 While our earlier entry dealt with an array of bullets, the bullet bottle opener makes it sweet and simple. It boasts of a real US Military 50 caliber Browning Machine Gun bullet that has been ‘strategically’ machined and polished to be durable. Moreover, the entire contrivance is crafted from high-quality, ‘food grade’ bullet shell, in case you are worried about lead poisoning.

8) Kitchen knives made from natural bones –

Going down the memory lane of pre-history, our ancestors actually used weapons made from bones. Industrial designer Omer Ackerman was seriously inspired by this scope of primitive warfare, as is evident from his ingeniously contrived set of kitchen knives. Influenced by ancient bone artifacts discovered in the last five hundred years, some of these specimens are crafted by CNC milling from a composite material consisting of real bones.