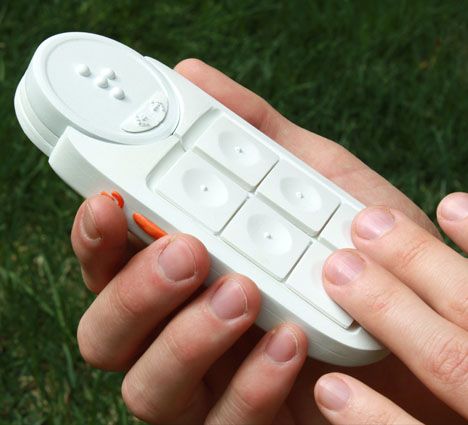 According to a statistical update on the census based data of United States in 2010, around 13 million Americans (aged 40 or over) will face some form of visual impairment by the year 2050.

Now figure is of course an estimation, but it does signify the oft ignored scope of visual impairment and partial blindness. Fortunately, the development of the Braille tactile system has helped countless such affected people around the world.

Consequently, the Braille is making its strong foray into the commercial side of affairs, with numerous accessories and products being developed that conscientiously conform to the tactile system.

So, without further ado, let us check out eight such innovative Braille accessories that might just come in handy for the visually impaired people on a daily basis (please note – many of the designs are still in their developmental stage). 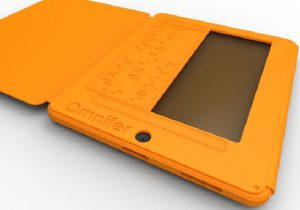 At the first instance, it may seem out of place to see a case that covers half of the smartphone’s screen.

Ironically, that is the innovative part of Omnifer iPad Braille Case, with the cover integrating many special chambers filled with a light-sensitive gas.

This gas has the capacity to react with light from the screen, and expand. So, when used in conjunction with an app, the light dots from the screen causes the gas to form raised physical dots on the case surface that remarkably correspond to a Braille pattern. 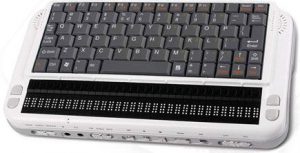 Incorporating 32 Braille cells and speech output, the Braille Sense Plus is lightweight and portable for usage on the go.

And, if thought this was the limit of the infused technology, you would be sorely wrong! 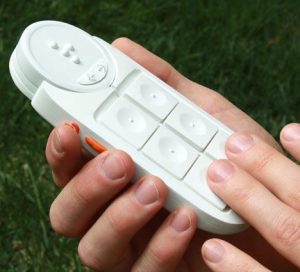 A device contrived by Yasaman Sheri to make Braille literacy more accessible and easier for the visually impaired people, the Braille Buddy combines the functions of both Braille cell and Braille keyboard.

The design comprises of an adjustable form, with the closed handles allowing the buttons to work as Braille cell, and the open handles converting their arrangement into a keyboard.

This form-factor is complemented by an audio feedback system that further relates to phonetic feedback and grammar trivia. 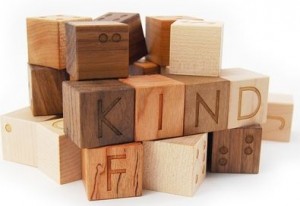 Like the earlier entry, the Braille alphabet blocks were ingeniously designed to improve upon the learning scope, this time catering to visually impaired children.

Each block corresponds to the English letter and it’s Braille counterpart (on the opposite facade).

As for their ‘classy’ constructional attributes, the blocks are crafted from Walnut, Maple and Cherry wood, finished with beeswax and jojoba oil. 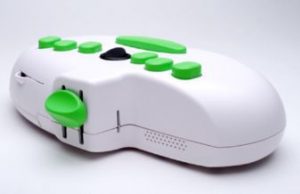 With a capability to label stuff in any language, the ergonomic and lightweight 6Dot Braille Labeler is quite an eye-catcher when it comes to its visuals.

And beyond aesthetics, the battery operated contraption is filled up to the brim with useful features like – built-in cutting system (which doesn’t require scissors), responsive OWERTY keyboard and advanced electronic printing mechanism. 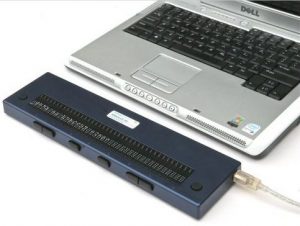 Compatible with both Windows PC and Mac, the Perkins 40 cell Braille display with 6 or 8 dot capacity, weighs just around 1.4 pounds (600 g).

Furthermore, its display mechanism is touted to be refreshable, while the set comes with – eight programmable function keys, cursor routing keys, dual USB ports and drivers that comply with various screen readers. 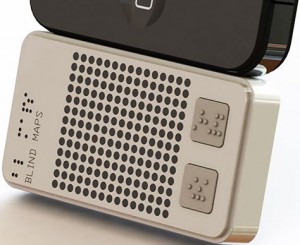 Apt human-machine interaction remains the order of the day, and in that the Blind Maps accessory shines with its haptic technology.

The brainchild of designers Andrew Spitz, Ruben van der Vleuten and Markus Schmeiduch, the conceptual device can be connected to your smartphone, while its perforated interface comprises of a tactile Braille pattern.

When synced with the phone, this interface helps the user in various navigation scenarios, like map routes, distance covered and even the bird’s eye view of the navigation map.

The hand crafted Braille Rubik’s Cube from Emerald Models serves as a lesson in simplicity and innovation.

The famous Rubik’s Cube has undergone a Braille-esque change with six different raised shapes being engraved on the color coded sides of the famous toy. Each geometric shape corresponds to a particular color, thus making it easier for visually impaired people to identify the correct side.

There is also a bit of craftsmanship that has gone into the contrivance, with the patterns being cut from a clear acrylic sheet by CNC machines.