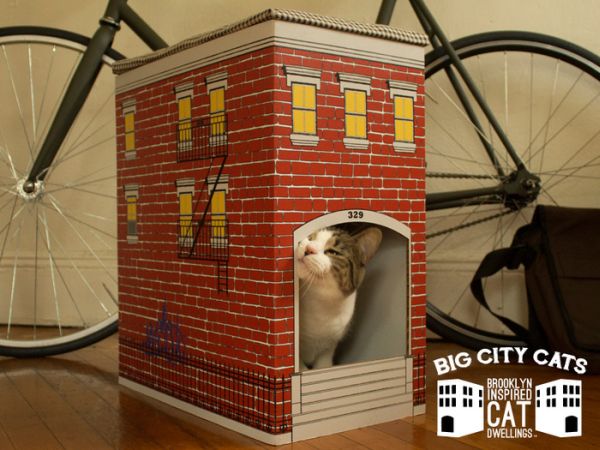 They say – a pet begins to look like its owner after years of companionship. Well, it seems – designers Jesse Levine and Dan Parkes also believes in the novel scope of the pet’s house looking like the owner’s house. We make this presumption from the uniquely crafted Cat Townhouse , a ‘brick and brownstone’ cat abode inspired by Brooklyn architecture, and built from cardboard material.

According to the designers, their aim was to create a unique and modern feline based product that goes beyond the conventionality of scratchers and fake fishing rod toys. The result of their six month research and prototype construction is the Cat Townhouse, a conception that will serve as the first product of their Big City Cats collection of cardboard houses.

In this regard, the design in its basic functional mode acts as a snug shelter for your feline friend. However, there is also certain degree of aesthetics that can be associated with the product, which actually alludes to its capacity as a delectable decor piece. 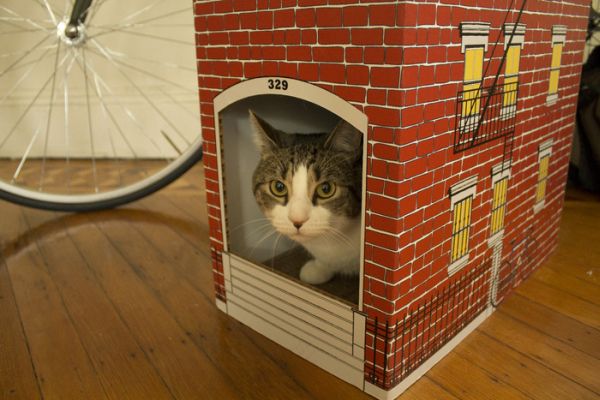 Finally, coming to the commercial scheme of things, the Cat Townhouse is currently undergoing crowd funding in Kickstarter with a goal of $10,000, and individual price starting from $50. And, as an added bonus, backers can also own related accessories like air fresheners, drink mugs and wine totes for less than $50 (ranging from $5 to $20).