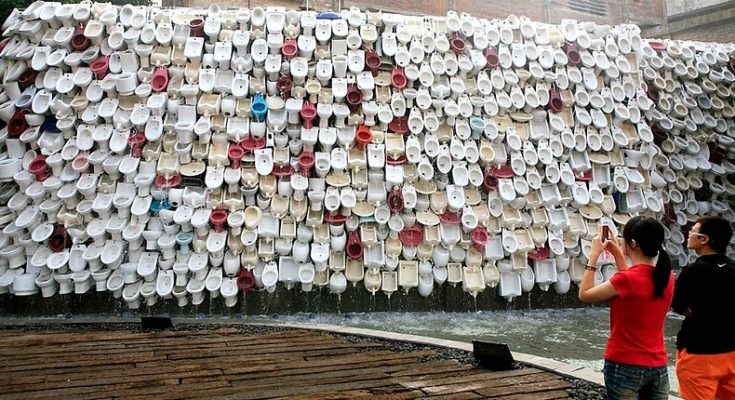 A fountain fashioned out of thousands of re-purposed toilets, urinals and sinks. No, it’s not a practical joke. But if you don’t believe us, feel free to visit Shiwan Park in Foshan the next time you are in China. In fact, the ‘Toilet Bowl Waterfall’ is quite possibly the largest, and undoubtedly the most bizarre public art project in China.

Located in Foshan city of Guangdong province in South China, this strange art piece was originally installed as a part of 2009 Foshan Pottery and Porcelain Festival, by artist Shu Yong. The aim of the designer was to create a unique art sculpture that would soothe and relax the observers.

One half of this waterfall consists mostly of sinks, while the other half is made up of recycled toilets and urinals. The bowls are actually connected to a water source via a tap, thereby creating the beauteous effect of a fountain.

Since 2009, this bizarre masterpiece has been attracting tourists from all over the world. Actually it is only one among the several ceramic creations that adorn the unusually artistic Shiwan Park.

Interesting tidbit:  there is in fact a natural waterfall in the Kaimai Mamaku Forest Park of New Zealand called the Toilet Bowl Waterfall. Can anyone guess why it has such a peculiar name? 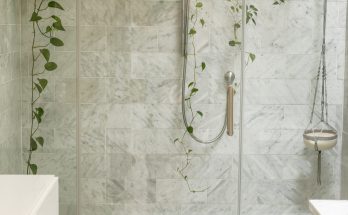 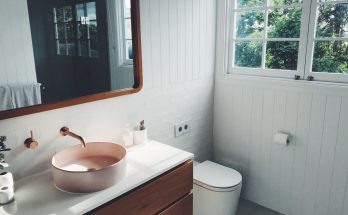 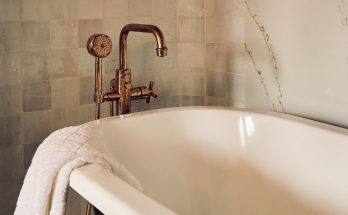