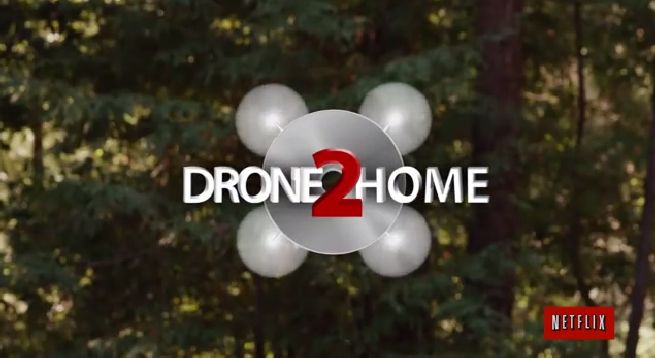 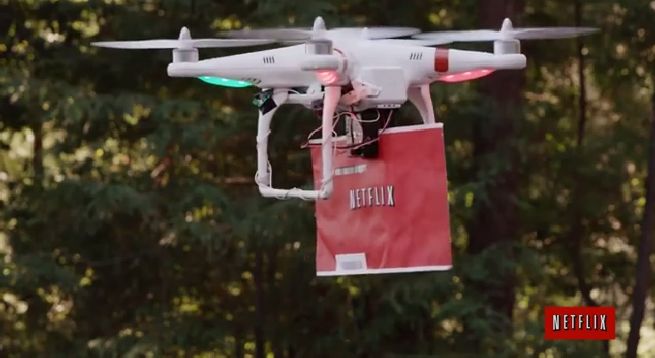 Netflix has struck once again in the world of satire, this time parodying Amazon’s much talked about Air Prime proposal that will adopt drones for delivery. Their spoofing video is aptly titled “Drone to Home”, and it features Netflix’s ‘supposedly’ newest technology that allows Drones to deliver DVDs.

The satirical piece of work has spreads its wings and flown across the length and breadth of the internet realm. Of course, the virality of the video was always expected, given that Netflix has taken their parodying credentials to a whole new level.

In the video itself, the serious narrator talks about how the streaming service provider has developed the ‘groundbreaking’ drone delivery system that would deliver DVDs ‘within mere seconds after you have added it to the queue’. In fact, his tongue-in-cheek dialogue clearly mentions how the company doesn’t want to debut their unproven technology, and hence has taken days to eliminate the bugs.

The accompanying video shows montages like – a scared woman running away from a drone, while it explodes in mid-air. Even the successful deliveries are advertised in an excessive manner, with one drone impeccably delivering a DVD through the sun-roof of a car, and another drone making its delivery to a man inside a urinal.

As for the real world side of affairs; interestingly, Amazon is not the only company looking forth to drone delivery systems. Media has duly noted other companies like UPS and Flower Delivery Express actively taking interest in the scope. Anyhow, while the ambit is surely progressive, it shouldn’t be an excuse to miss out on Netflix’s lighthearted satire directed at the futuristic endeavor.