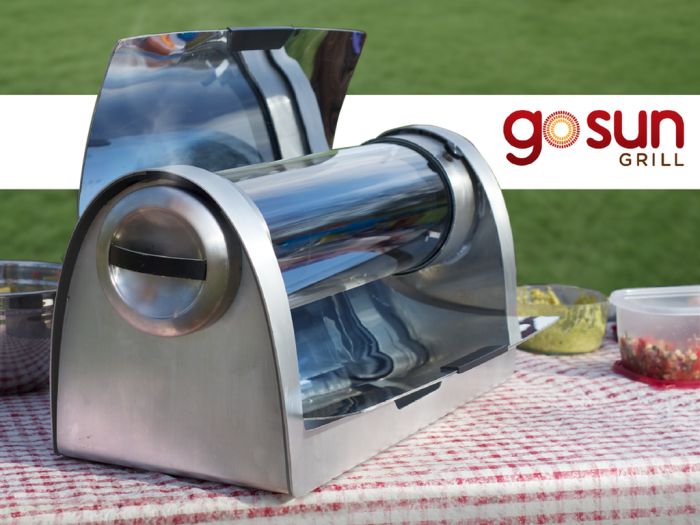 The GoSun Grill is a breakthrough invention that allows you to cook delicious food with the use of sunrays, both during the day and at night. Designed and developed by GoSun Stove, it can fry, boil and bake a meal for eight people. A full redesign of the standard grill we are accustomed to seeing at home, the solar oven cooks as fast as a standard grill without flames, soot or dirty residue.

Unlike a regular grill that needs lots of pre-preparation, you can set it up in mere seconds. GoSun Grill as the name suggests is not just restricted to grilling alone, but it can also roast, fry, boil and bake. With this oven, you need not to monitor your food at regular intervals while cooking. 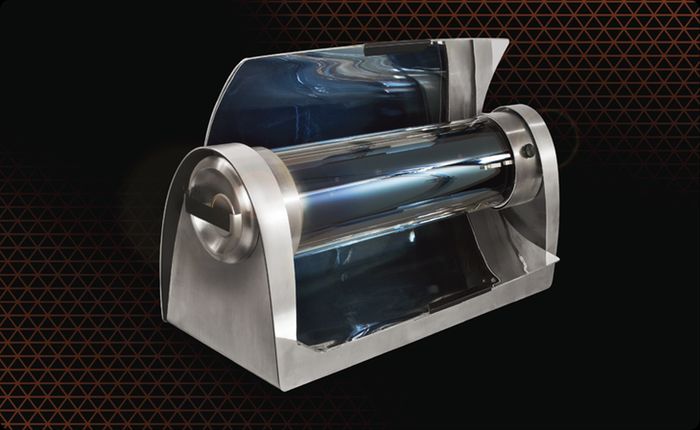 It also helps you cook evenly at a temperature of 360 degrees and above using nothing but the heat captured from the heat of the sun. It also retains the foods’ moisture, thus keeping the taste intact for hours. It stores the sun’s heat in a thermal battery, which you can use to power the grill at night.

The best part of the GoSun Grill is the ease of use and mobility. While cooking, it merely requires you to load the tray with the food, open the reflectors and relax. All you need to do is fold up the reflectors and move the grill to any outdoor location, including a park, deck, boat, kitchen or beach with the food still cooking.

It makes uses of a patent thermal battery that helps absorb the sun’s rays to power the grill. Only two hours of sunlight is enough to charge the battery completely. The trapped heat will stay unabated until you are ready to cook.

A vacuum tube acts as an insulator and transfers the retained heat evenly to the dishes for a stipulated time. A temperature gauge displays the temperature at which the food is cooking, while the availability of ample space on the cooking pans allows you to cook at least five cups of different dishes at the same time. 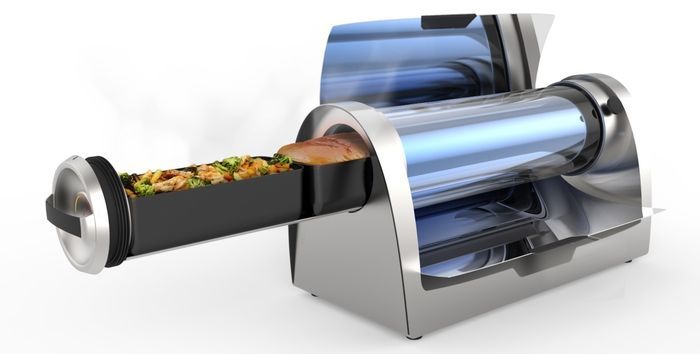