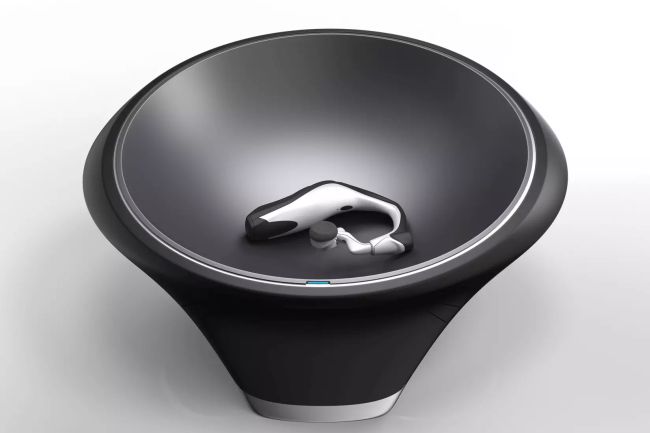 Back in CES of this year (held in January), Intel CEO Brian Krzanich baffled many of us tech aficionados with the incredible conceptual design of a ‘charging bowl’ that would have the capacity to juice up your mobile devices in a wireless manner. And now the good news – the contrivance has finally take off from its blueprint stage into the realm of commercial reality, with its retail availability expected to commence from this holiday season (with no word on pricing).

As many of the PC enthusiasts would surely know, Intel is primarily known for its computer microprocessor chips. However, in the recent times, the company has tried to diversify its business strategy and products – and one of such epitomizing designs would surely be the wireless charging bowl. In fact, the idea for this fascinating device came due an impetus fueled by the unimpressive yet conventional requirement of plug points in mobile wearable devices – that was noticed by some Intel employees.

The particular group then initiated many a brainstorming session, and finally came upon the solution of a totally unobtrusive charging device in the form of a bowl. The contraption would wholly eschew the need for cords and plugs – which is somewhat similar to the functioning scope of the renowned Duracell Powermat.

And, the really interesting part pertains to how this ‘device’ can also be used as just a regular object. Imagine yourself coming home late from office, and you nonchalantly put you car-keys, mints…and your mobile device for a simple yet effective charging session inside the special bowl.