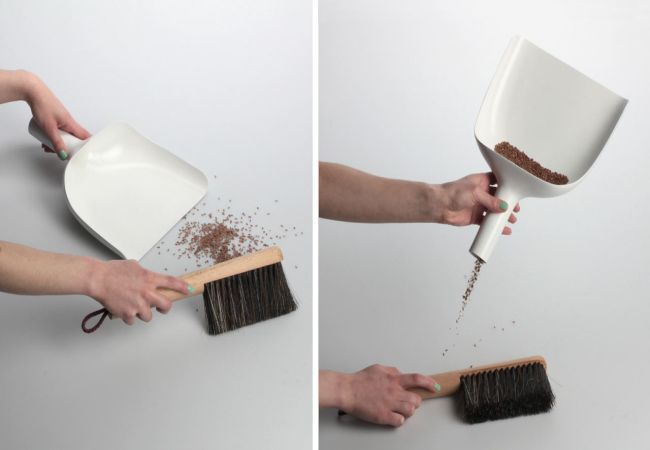 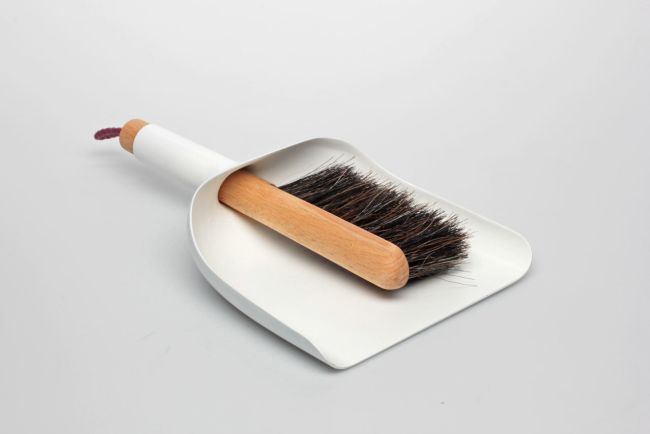 Simplicity is innovation, especially when it is based on the core idea that most of us are familiar with. To that end, a ole sweeper and a dustpan is surely a recognizable pair in the world of household cleaning. However, in spite of the equipment’s familiarity, we are seriously enticed by the Menu Sweeper & Funnel, by virtue of the designer Jan Kochański’s ingeniousness!

How so? Well, from a distance the Menu Sweeper & Funnel might look like an ordinary pair of cleaning tools; but on closer inspection, we can make out the nifty little detail that sets it apart from its mundane peers. This ‘groovy’ design literally entails a groove inside the plastic dust pan, thus making it entirely hollow. This in turn allows for far easier disposal of the collected dust through the relatively hidden path of the handle.

Furthermore, the dimensions of the groove are defined in such a way so as to fit the wooden sweeper inside the dustpan handle in a rather simple manner. This assembly pertains to the collective set of a sweeper and a dustpan – tools that are ineffective when used individually, but efficacious when used as a pair. 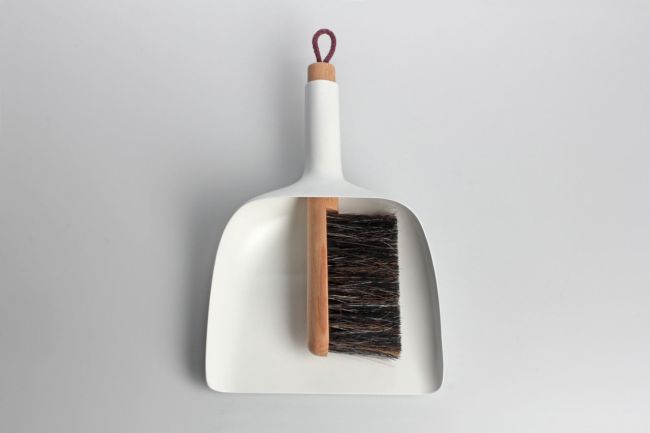 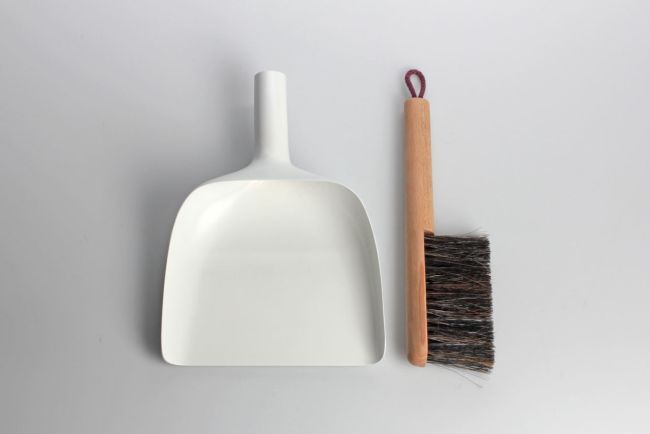 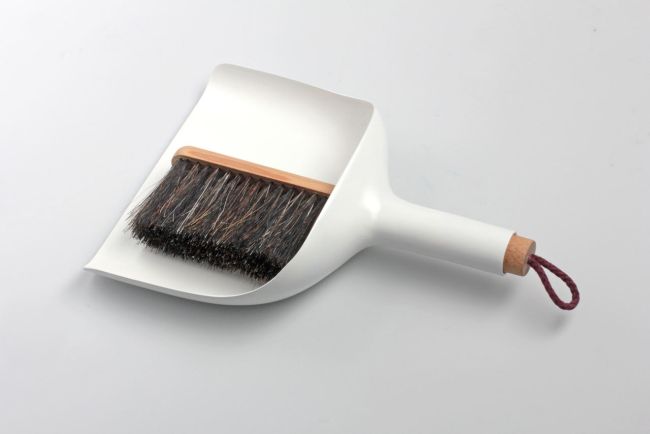 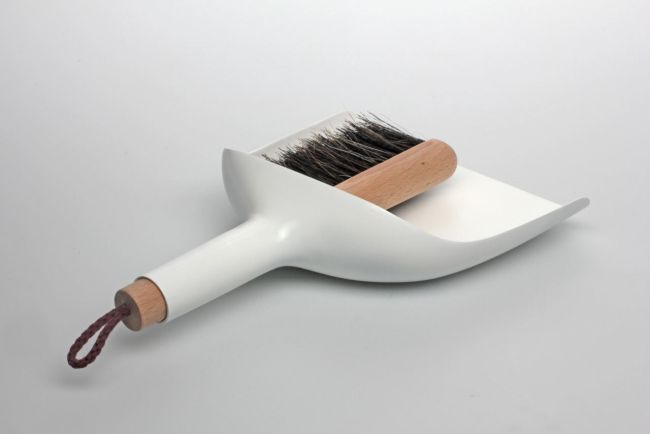