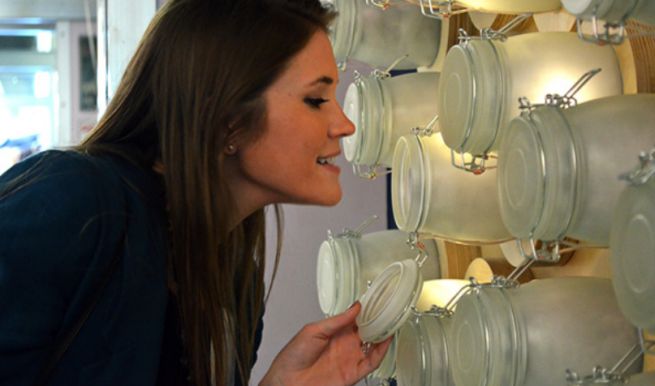 What if we told you it is actually possible to store a whisper inside a jar?! And, we are not talking about any parlor trick. The so-named One to One wall-mounted installation allows this fascinating action in reality, with its array of specially constructed jars.

As the designer team behind the compelling project explains – just like a firefly, a message can also be trapped inside a jar. The One to One exhibits this wondrous capacity to capture voices and then play them back to the next person who opens the jar. In a nutshell, you can whisper your personal message while a stranger fathoms the mystery behind it; thus alluding to a fleeting yet intimate connection between humans.

In mechanical terms, the One to One displays an array of 20 jars, each designed with their own CNC machined wooden mount. The inner components of the jar (which are housed in a laser-cut core) comprise of – custom made PCB, LEDs, speaker and microphone. Controlled by an Arduino board, when a message is spoken into the jar, the LEDs are lit with a twinkling pattern. And, once the jar is opened and the message heard, the LED go dark, thus signifying the ’emptiness’ of the installation.

So, at the end of the day, the One to One is not only about an audio ambit through which you can have fun with other people. The installation also showcases its curious brand of visual interaction that is manifested by the luminous pattern of the integrated LEDs. 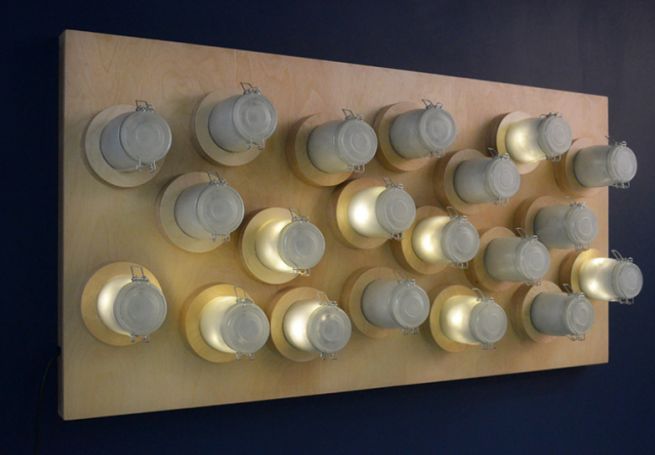