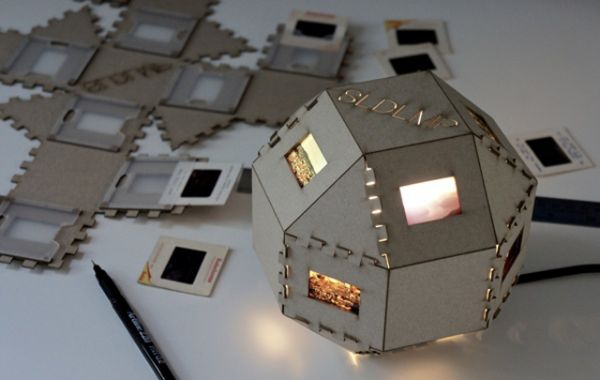 With the help of creativity some designs can be conceived from unimaginable objects. This is aptly proven by the SLDLMP, a slide lamp ingeniously composed from recycled 50 mm slide films and box-board cut outs. The conception in actuality is inspired from flat pack puzzles, thus giving it a unique form with multiple facades, each showcasing different sheds of memories from varied film slides.

Created by Australian industrial designer Luke Woodard, each individual lamp has been crafted from a single sheet of 2 mm thick 900 x 600 mm box-board. The precise cut outs have been achieved by laser cutting, with the single sheets facilitating the ‘fastening’ of these blocks to each other.

Coming to the interior of the lamp, alternate facades were perforated in rectangular patterns to make room for the film slides. Slide brackets were then placed on the perforation’s edges. Finally, frosted polypropylene backings were used as translucent covers upon these perforated holes, and then fixed with the help of glue. The translucency, according to the designer helps in diffusing the light, thus reducing unwanted brightness of the individual film slides.

So, the resultant contraption is a flat faced product that can be folded into a three dimensional lamp with the use of the side fastening teeth. Before folding, the user has to slide in a film of their preference along the brackets. Hence the final folded form mimics a 3D puzzle, with the assortment of illuminated films slides taking us for a trip down the memory lane. 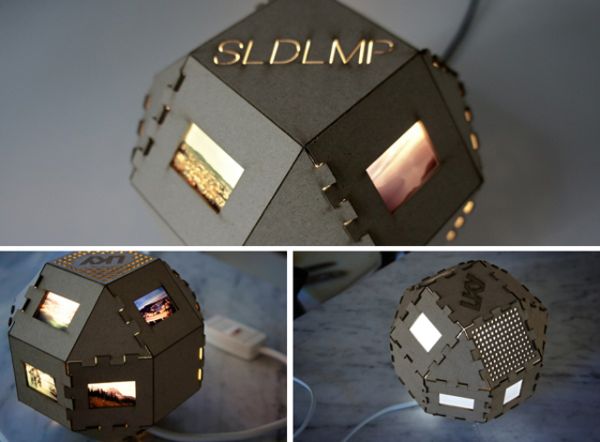 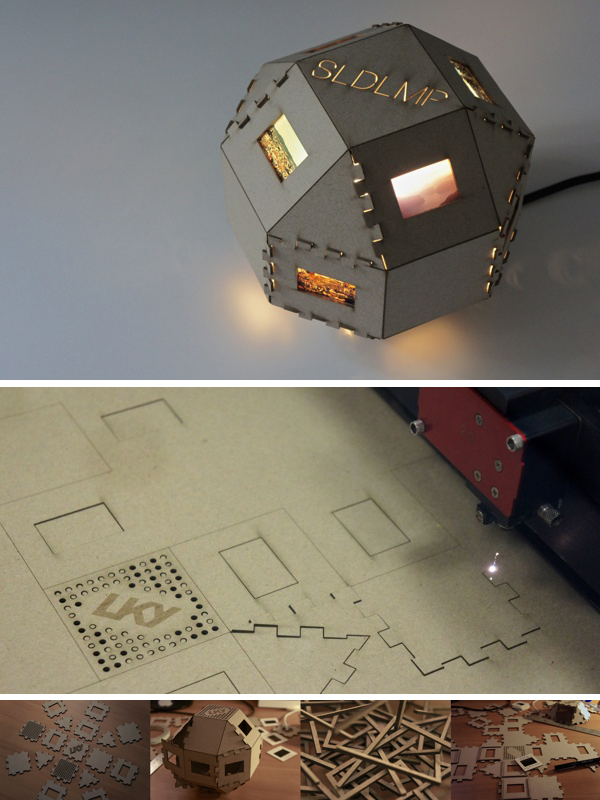 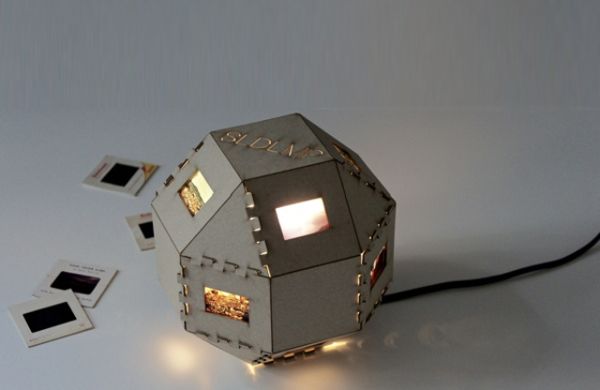 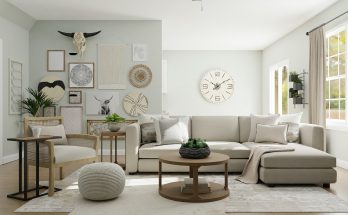 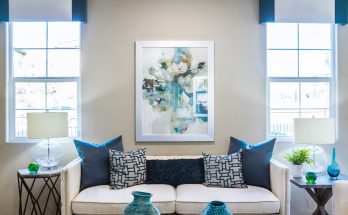 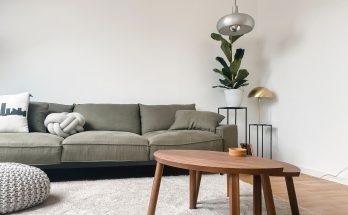