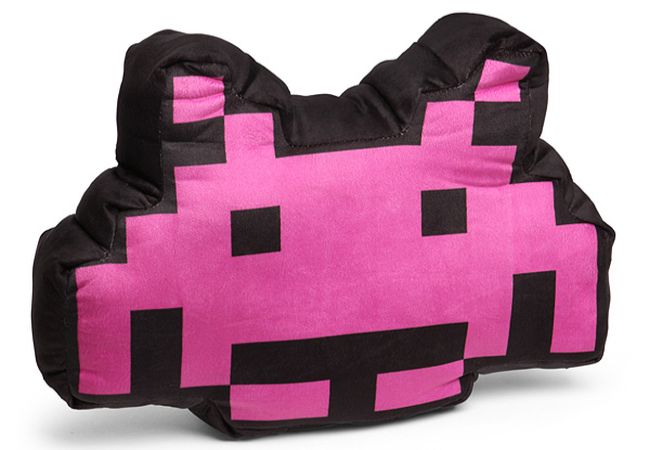 It has been more than 36 years since the Space Invaders video game developed by Tomohiro Nishikado, made its debut in the market. Suffice it to say, it was one of the forerunners of the shoot em’ up genre, and as such its namesake alien antagonists became the pop cultural symbol of video games in all their pixelated glory. And, now you can have a slice of this cultural phenomenon in your very living room – courtesy of the Space Invaders Alien Crab 3D cushion.

Harking back to the retro style of arcade games, the cushion design is tailored to longtime fans of the burgeoning medium. This is complemented by the purplish-pink 8-bit graphical layout rendered upon a polyester cover stuffed with snug materials. In other words, it upholds the cuteness of those aliens who didn’t seem so adorable when they descended upon you (at the bottom of the screen) in five rows of eleven. 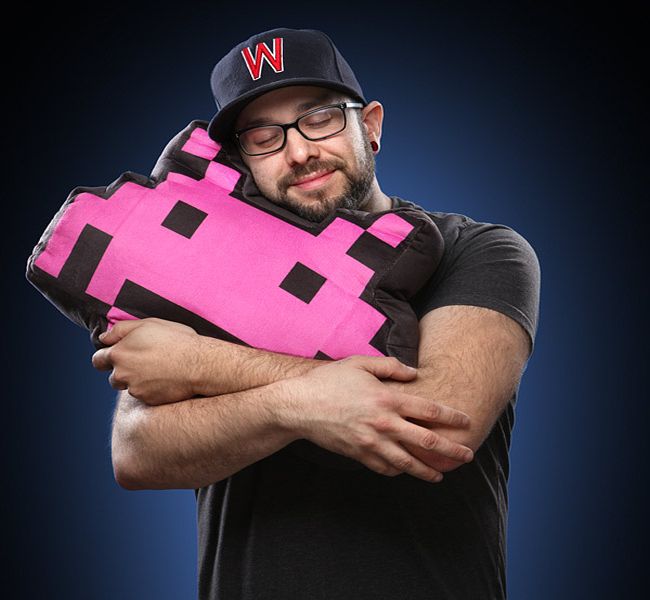 And, in case you are wondering, the Alien Crab 3D cushion is an officially licensed product of the Space Invaders franchise, as opposed to these. So, if you are all up for a 8-bit inspired pillow fights, do take a gander at the ThinkGeek link for online purchase (price: $30).