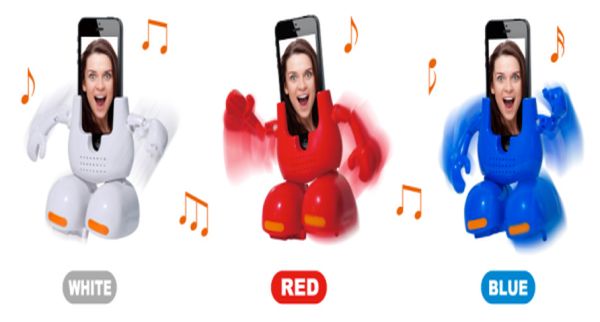 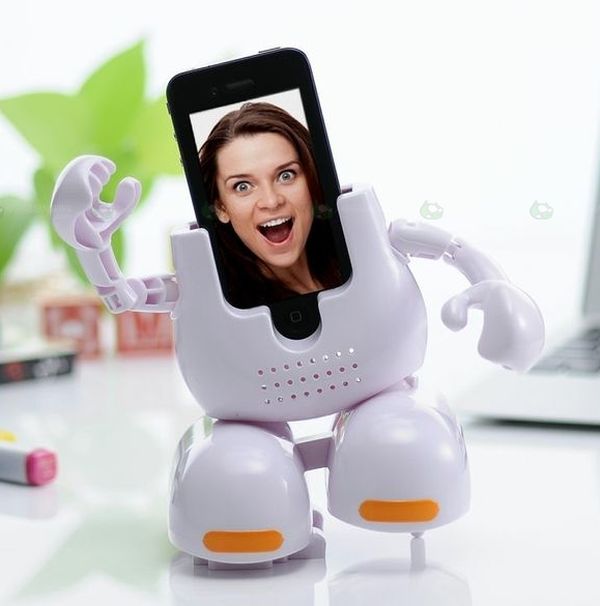 Our second Japanese conception of the day; and once again hats off to their ingenuity. And, this time as a surprise, the level is also notched up on the fun quotient with Takara Tomy’s ‘Dancing Face-Stand’ for iPhones. Basically, envisaged as an iPhone stand, the contraption doubles up as a toy robot. However, it is not just any toy robot, but a cute dancing robot that shimmies and cavorts along with the music played from your precious iPhone!

There is a specialized app ‘Face Sing’ by which you can display your family member’s or friend’s face on the phone’s screen (along with those props and wigs). And then all of you have to do is set the phone in the stand and press play. The magic starts there with the vibrantly colored robot showing its boogie moves in unison with the music.

It is obviously a great way to make funny videos that involve your friends and family. And, those who with a bit of a villainous streak might even consider concocting a Youtube entry with their ex-girlfriend’s face on the Dancing Face-Stand. Just saying… 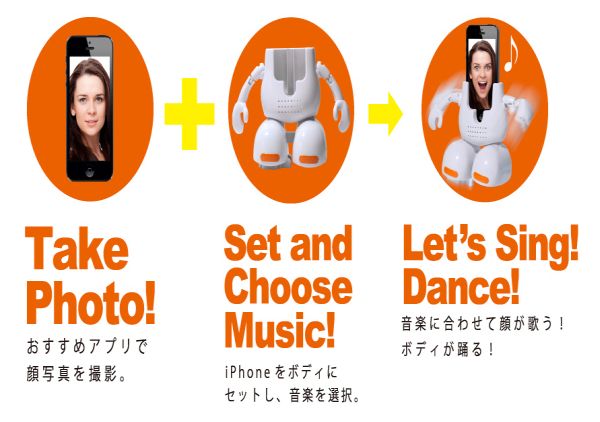