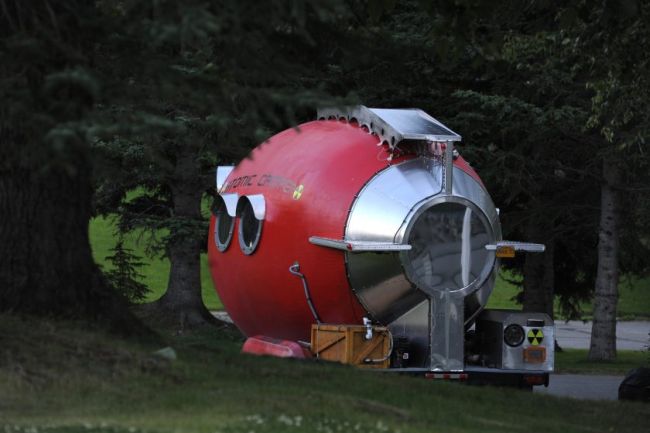 Bill Guernsey is one of those people who like to put every idle minute to use. So when he fractured seven ribs and broke his back, the doctor had asked him to rest up and recuperate, but he had other ideas in mind.

Bill Guernsey had a horrific plane crash while flying along the river Kuskokwim River, but that did not dampen his sprits in anyway. Bill had always fancied a solar trailer that he could tag along with him when out camping. He started work on his dream project by designing a trailer that looked from the space age, ready to take on any surprise zombie or Martian attack. His inspiration came from the modern age defense systems that are ready to take on any counter attack.

We must admire the persistence and workmanship of Bill, he dedicated on an an average six hours, six days a week for two years at a stretch. The final result was more than satisfying. He created a 4.8 meters long oval or egg shaped trailer that looked like an aircraft from Tintin comics at the first glance.

He used bent wood to form the basic framework and then lined it with paper mache and fiber glass. In order to make it resemble a vehicle for outer space, he used halves of metallic robots for the doors of the cabinets. The cherry red camper is powered by solar batteries and has all the basic utilities in order to make any camping trip a success. You have a bedroom, washroom, a kitchenette and an attached shower.  Once the project was complete Bill and his wife have spent many summers in Alaska, out camping in their home made trailer away from the humdrum of daily life.

The camper is a memorial of Bills fondest memories, those he has tried to re-create using old photographs and magazine covers from the 60’s and 50’s. His passion for building things is not over yet. Bill is next planning to create a 7.3 meters long zeppelin. We are eagerly waiting to see what that would look like and wish him speedy success. 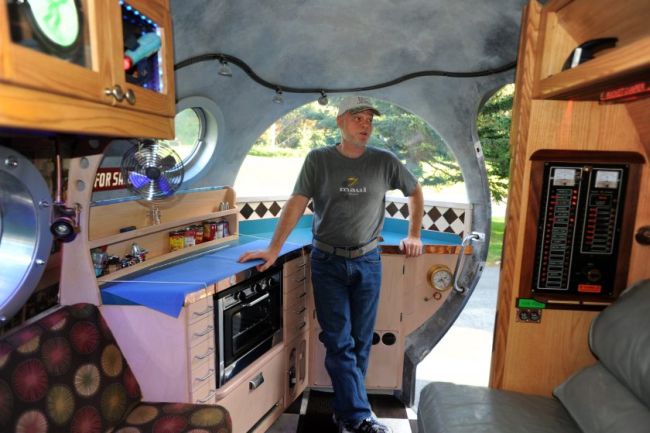 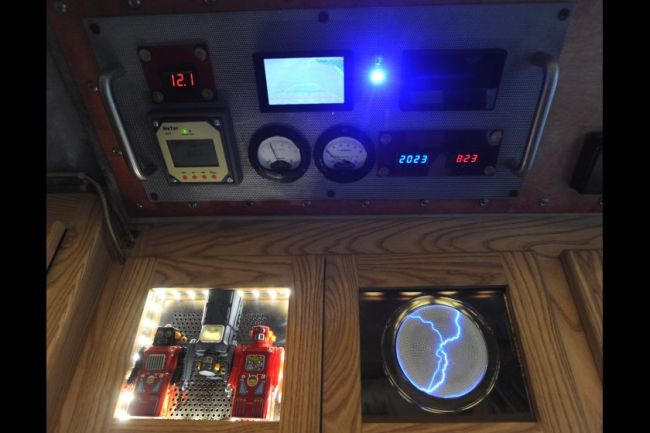 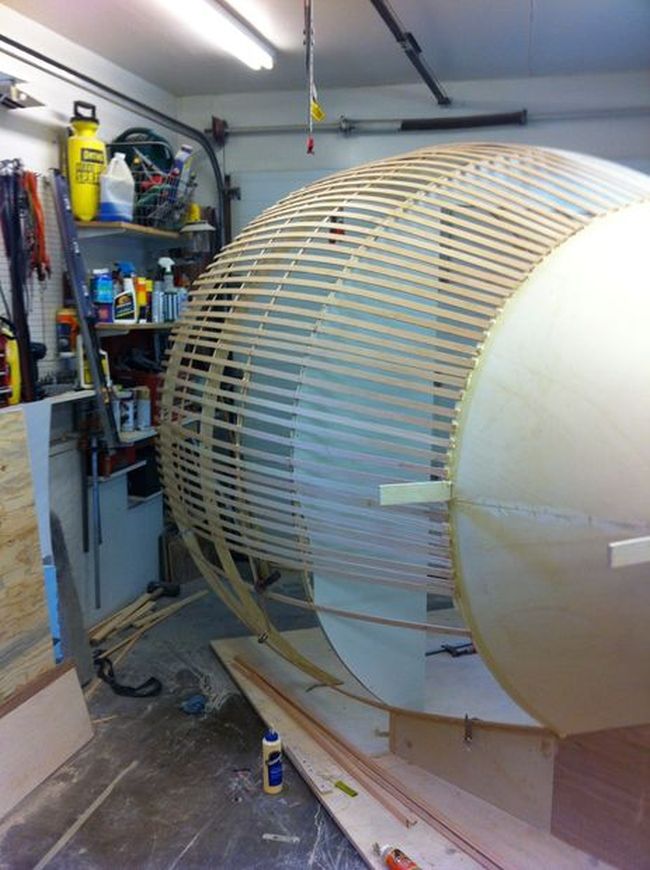 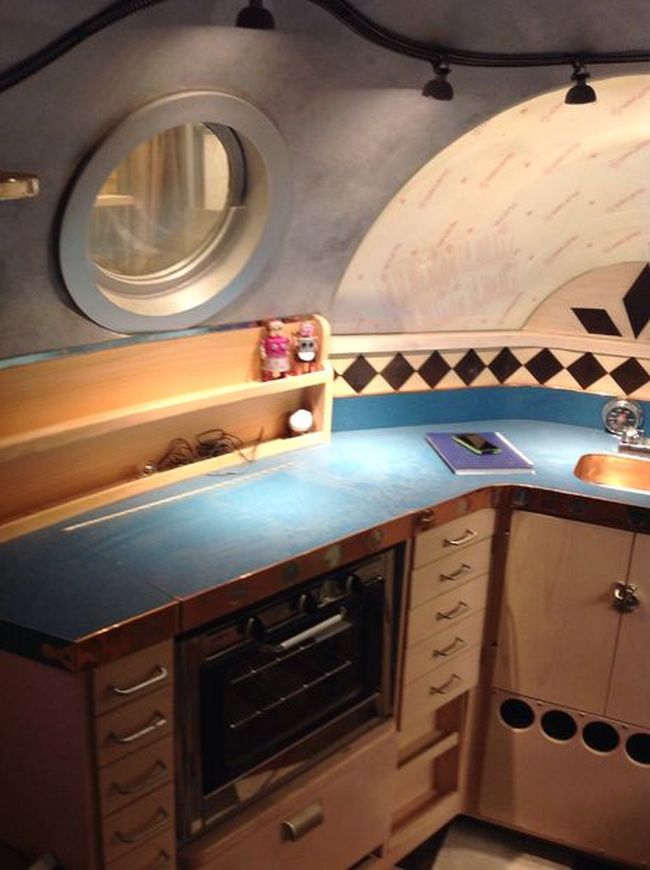 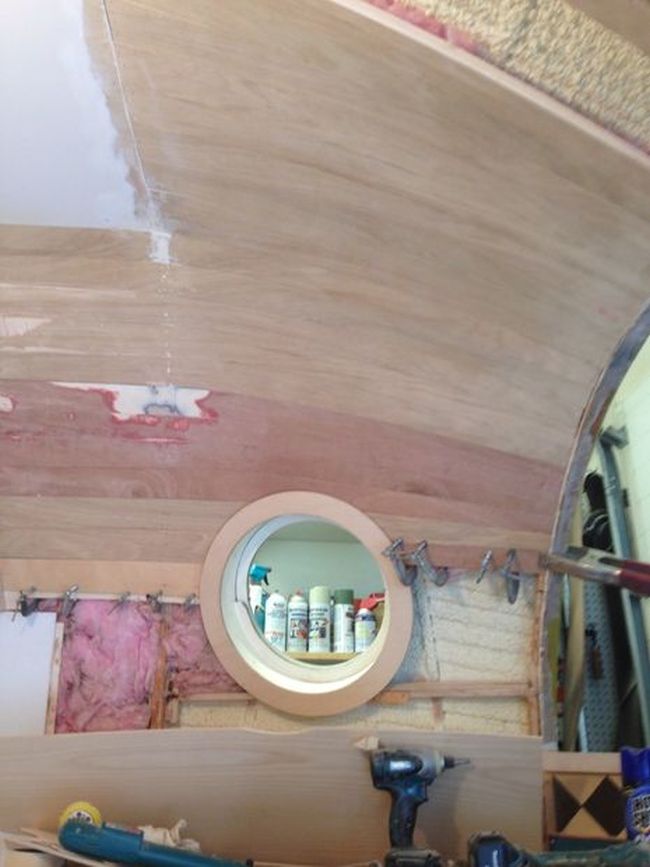 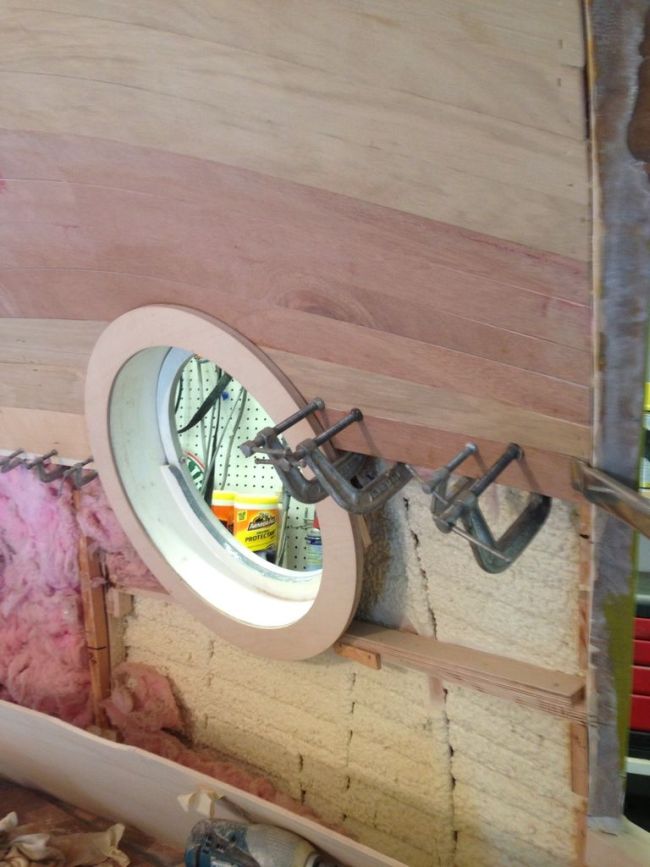 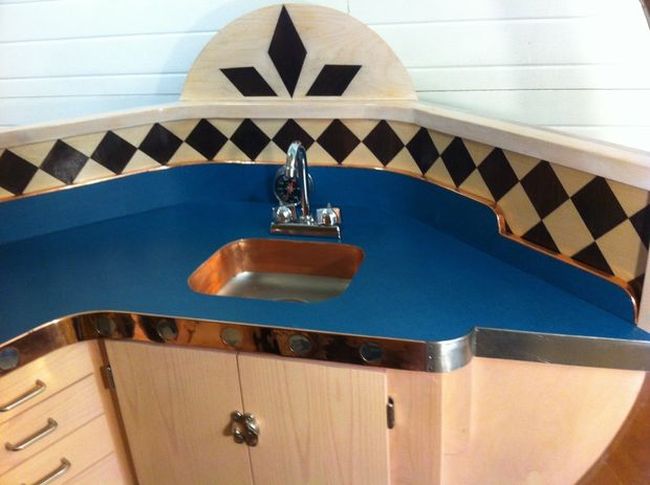