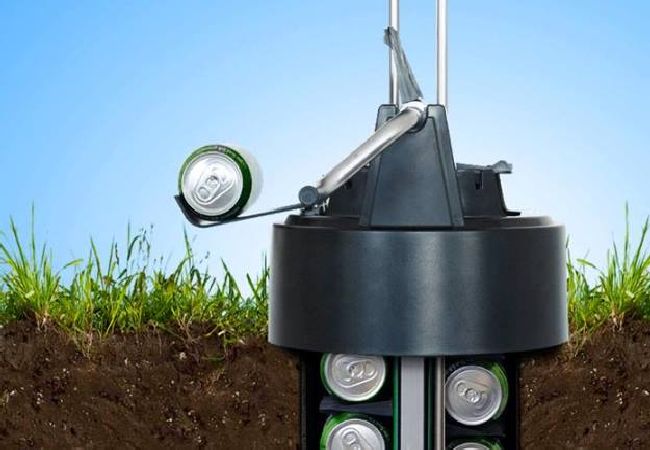 Also eponymously known as the eCool cooler, the contraption can be set underground to shield against the effects of heating and evaporation (from a conventional environment). In essence, the device doesn’t require power connections or batteries to operate, instead relying on the earth’s insulation credentials to keep your beverage cool.

In terms of specifications, the eCool has a weight of 12 kg with a substantial capacity to carry 24 cans of beer. The cooler can be ‘installed’ at a level of around 4 ft beneath the ground (and similarly reeled up) by a hand-cranked pulley mechanism. According to the designers, it is better to use a garden drill to make a uniform hole. However, one can also use a shovel to make an ample cavity into the ground for the simple assembly process.

Now, as can be comprehended from the working ambit, the cooler is not exactly designed to endow ice-cold temperatures for your favorite beverage. But given the contraption takes advantage of natural insulation that has zero effect on your yearly energy bills, it is certainly a feasible notion to own one of these frost-free machines. 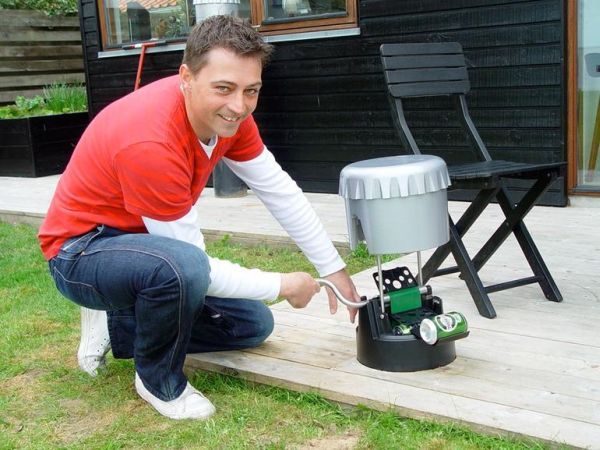 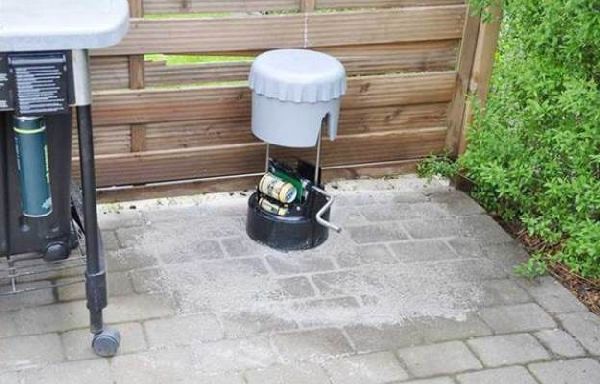