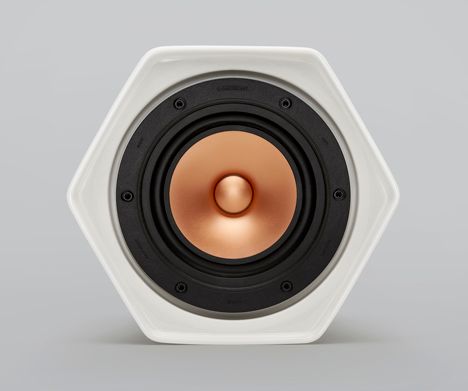 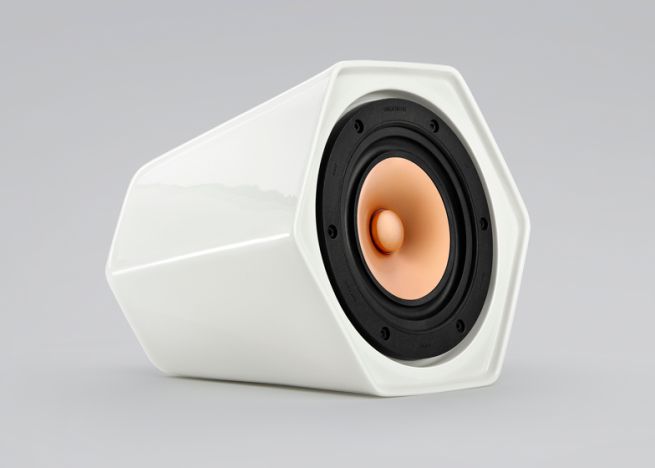 The ambit of minimalism has majorly belonged the scope of aesthetics. But rarely has it crossed this visual threshold to be applied in real-time usage patterns. The Model 4.3 speaker from Finnish company Unmonday pertains to the exclusivity of the latter scenario, with its easy controls being regulated by simple, minimal motions.

In terms of embodiment, the white shell of the Model 4.3 speaker is crafted from vitro ceramic. And, in conformation to its ‘clean’ visuals, the casing comprises of just a single power button, a grille made by hand and an accessible charging port at the back.

And as we mentioned before, such minimalist aesthetics complement the minimal mode of usage. To that end, a group of Model 4.3 speakers can be wirelessly connected to each other by just rolling each specimen to a side. In other words, they can be easily synchronized with each other to play the same music file (via motion sensors), thus upholding their credentials as a collective surround sound system for your television or computer.

Similarly, the usability factor is also made facile when the speaker is functioning on a singular level. For example, you can change the different sound modes by simply rotating the single device, and you can also mute it just tilting it on its head facade. These attributes equate to ease of use without getting into the complexity of pairing wireless devices.

As for the technical specifications of the Model 4.3 speaker, the contraption boasts of a 10.3-inch driver with 20 watts power capacity, bolstered by an integrated router and amplifier. Additionally, the device will have the ability to stream music from Apple devices via AirPlay, while it can also play audio in a conventional manner through a 3.5 mm jack.

Battery power – 8 hours of continuous usage in wireless mode (speaker can also be connected to a power outlet). 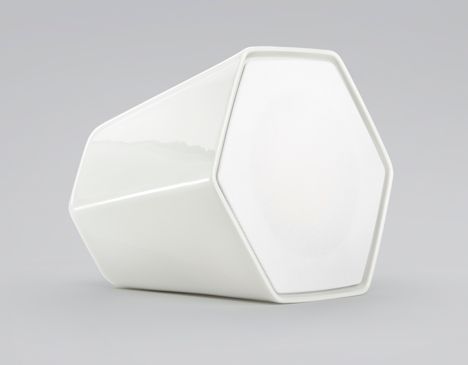 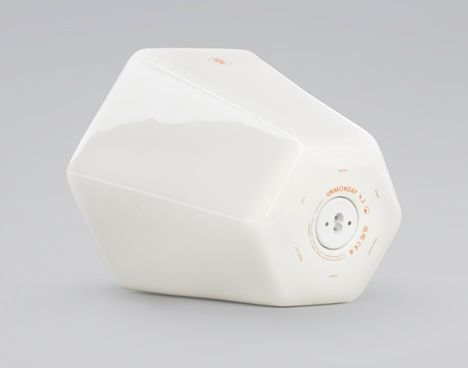 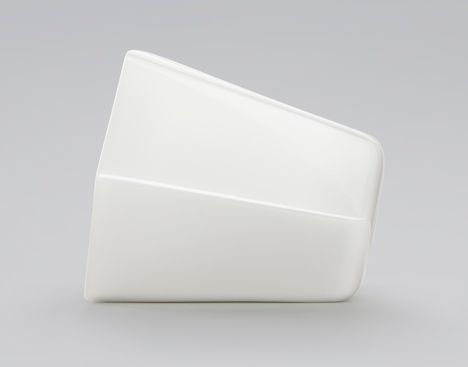 One Comment on “Unmonday’s ceramic Model 4.3 speaker with motion sensors and wireless features”