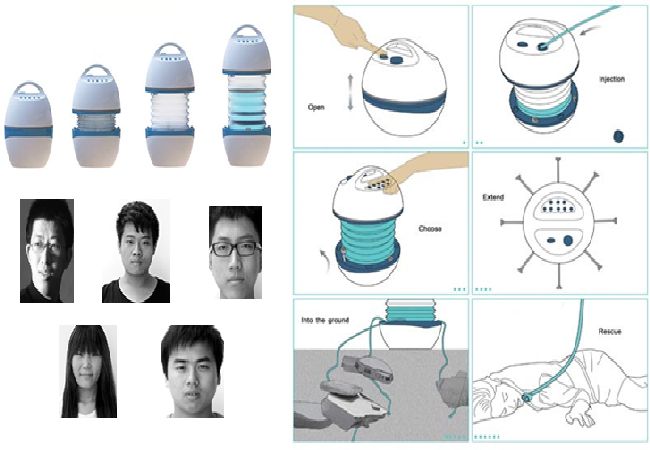 Many of us may have the wrong notion about modern designs only serving elitist sections of our society with their refined aesthetic (and sometimes ostentatious) values. Well, the fascinating Water Spider does its bit to change our perception – by treading the conscientiously practical route of coming handy in emergency situations. To that end, the the design is conceptualized as a convenient device by which drinking water can be supplied to people trapped beneath rubble during earthquake scenarios.

The brainchild of Prof. Bao Haimo and his student team, the ‘Red Dot Winner’ Water Spider is aptly contrived to serve during that crucial 72 hour time period after an occurrence of earthquake. Rescue workers generally function within this time period, and every passing moment is an obstacle to the survival of those who are precariously trapped beneath rubble and debris.

In this regard, the Water Spider supplies its network of drinking water for the much needed sustenance and nourishment of the affected victims. In terms of design, the tank device boasts of an adjustable form (controlled by a on-board button) that affects its capacity to carry water for up to 20 liters. This water in turn is supplied to the trapped victims via eight flexible pipes that can be easily extended beneath (and through) the rubble layer.

There is also a technological side to the affair, with the pipes being fitted with mini-cameras and detectors that would help in giving live feed of the victim’s situation to the ‘above ground’ rescue workers. The flow of the water is consequently regulated by a handheld controller with directional keys.

So, in a sense, the operational credentials of the incredible Water Spider are not just limited to supplying precious water for those who are affected by natural calamities. The contrivance on further development, can also play its crucial role in establishing communication with the victims – which in turn could streamline the very scope of emergency rescuing endeavors. 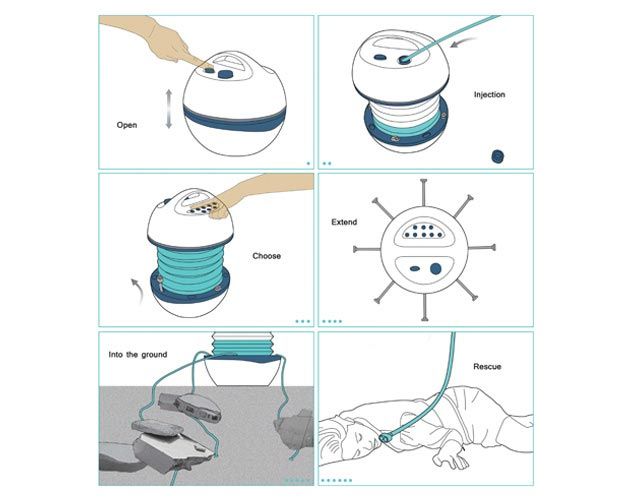