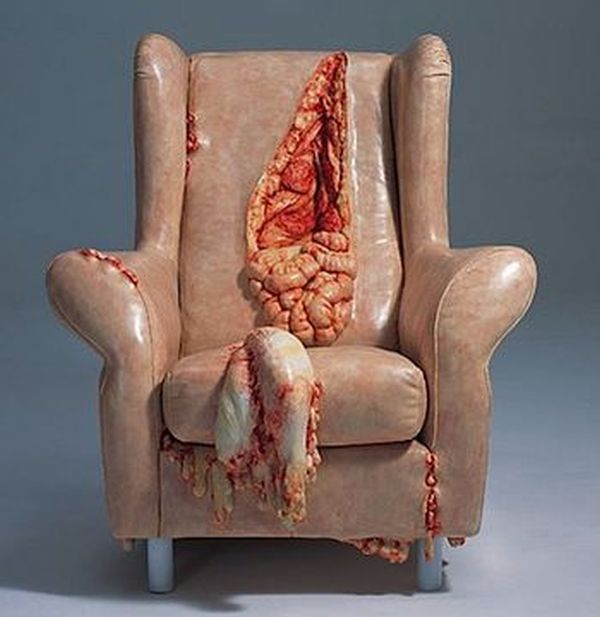 From historical studies, many of us concur that chairs are actually one of the oldest furniture items used by human civilization. As a matter of fact, for centuries chairs were revered for their allusion to stateliness and authority. Of course, in our present era, chairs have become far too common, and as such there are some designers who have tried their best to think out of the box. And, as a result of their ‘dedication’, we have been able to salvage a list of some eccentric chair designs that really notch up on the scary scale. 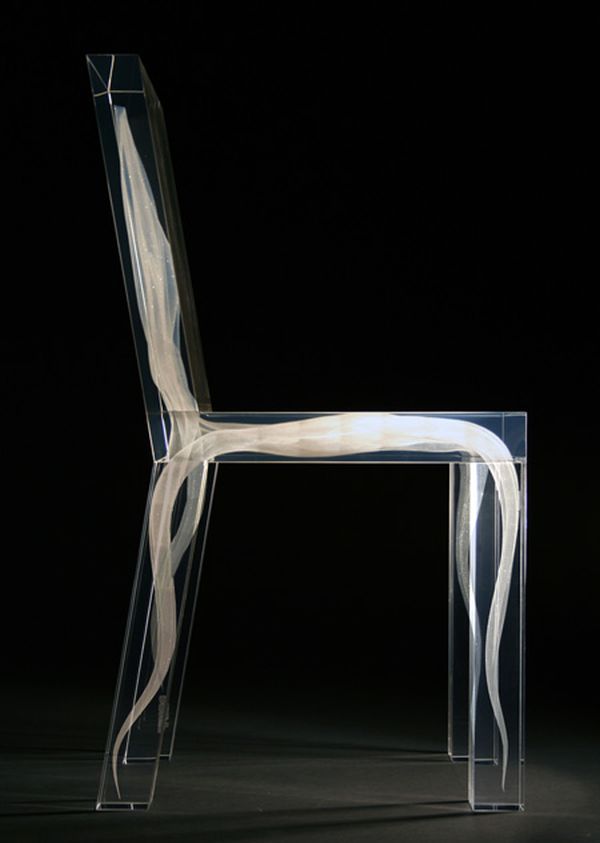 A collection of chairs by the Design Drift, the Ghost Chair line is actually crafted from plexi-glass. The inside ‘ghost’ effect has been contrived by using laser technology. So, basically, the designs fuse futuristic credentials with some really scary visuals; thus posing as the ultimate decor item for the horror movie buff. 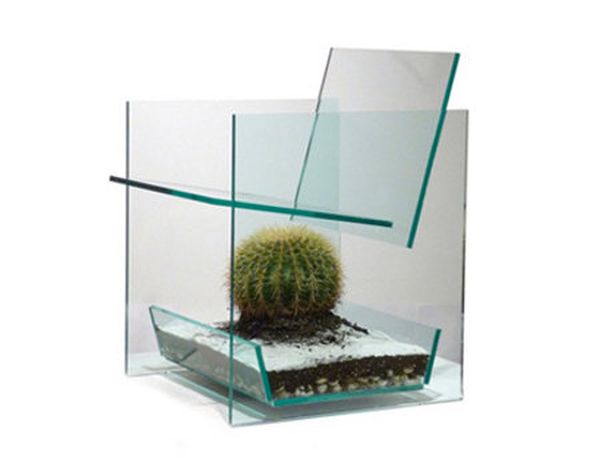 There is nothing more scarier than to play with human psychology. In that regard, the above pictured Saw-esque chair (by designer Deger Cengiz) incorporates a real prickly specimen to titillate our fear oriented senses. Of course, the Barrel Cactus is guarded by a glass slab. However, the visual transparency of this very glass adds to the ‘what if’ notion, with the mind-projected scenario of one painfully falling into the central section. 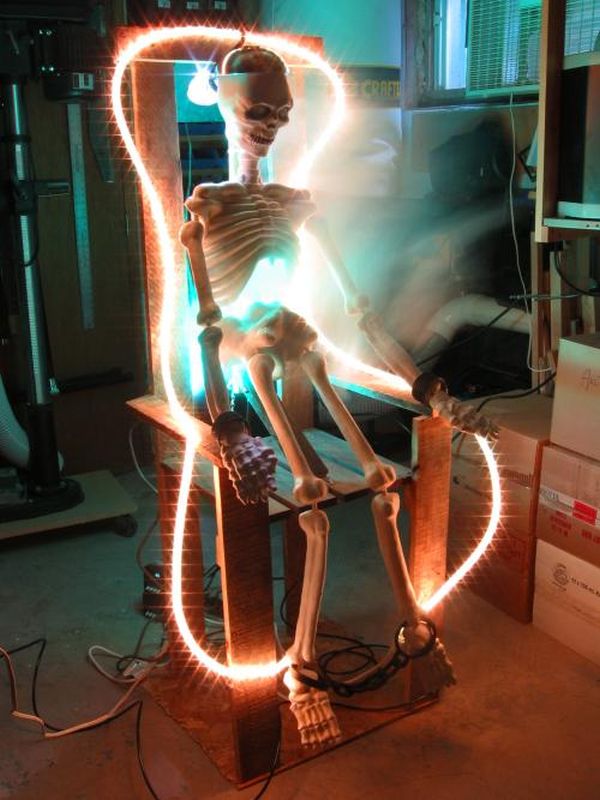 If you want to scare them, scare them with a bit of pizzazz! This simple dictum is creepily upheld by Professor Mark Csele’s DIY Electric Skeleton Chair. Built for Halloween, the overall scary effect entails the usage of artificial fog mechanism, a strobe light and a rear-projection video of a large tesla coil operating with big arcs. Oh, and as for ‘piece de resistance’ of the design – the mechanical skeleton actually rises out of the chair to greet the unfortunate children. 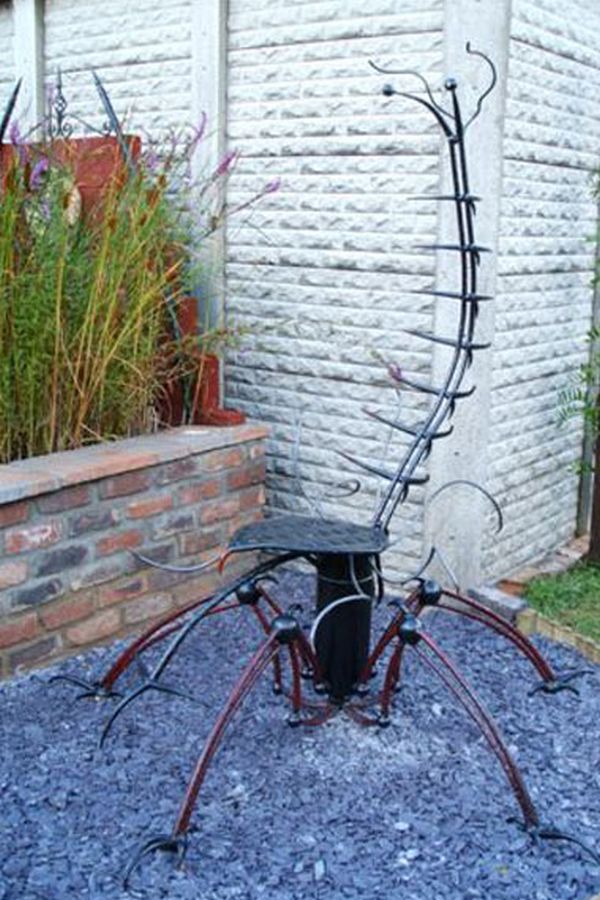 Is it a monstrous spider? Is it a robotic centipede? No, it is a really scary Garden Chair that efficiently notches up on the fright factor. Presumably assembled from different metallic components, the sharp edges along with the ‘bare’ essence does make the conception austere and severe at the same time. But, still as geeks who love weird stuff, we are enticed by the deft arrangement of the spider legs and the insect-mimicking backrest.

The picture describes it all – a chair with the gruesome details of our body’s ‘inners’. We are not too sure on the materials used for the hideously ghastly conception; however, one thing is for certain – this would be the perfect accompaniment to the living room when your in-laws are coming to visit.