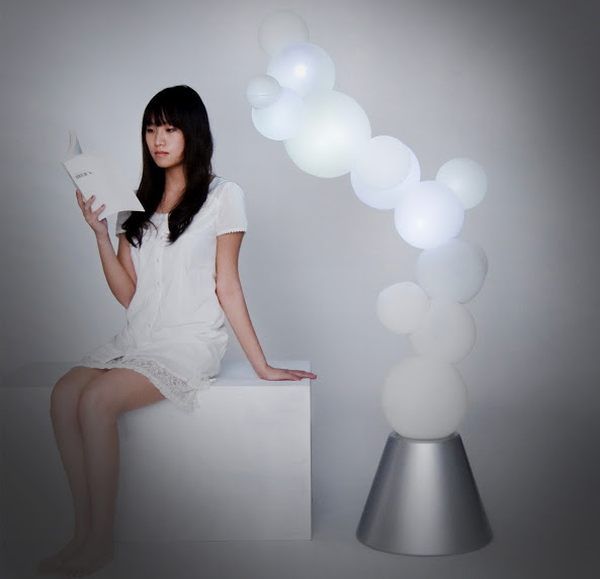 We have always envisaged a lighting mechanism as a singular component with a fixed focus of illumination. However, designer Kwan Jr Feng have seemingly changed the rules by creating the ‘Influence Light’, a cluster system of LED lights that exhibits its unique ‘continuation’ pattern. 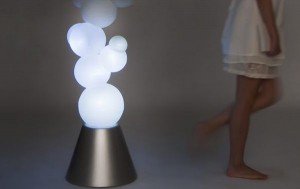 Posing more as a sculptural system than just a lighting mechanism, the individual light balls of the conception interact with each other. How so? Well, the cluster comes under the ‘influence’ of a separate ball lamp, which controls its illumination.

This independent ball lamp can be connected to the different nodes of the cluster (with magnetic receptor points). So, when the ball lamp is fixed to any of the receptor points, the light gets spread via the contiguous cluster balls.

This ball lamp comprises of a battery pack that can be juiced up by a power outlet. However, the Influence Light itself doesn’t require any external electrical connection for illumination (as the battery pack provides the power). In this regard, the ball can be removed from the power outlet, while the cluster LEDs are illuminated by magnetic switches.

The integration of magnetic switches also allows the user to regulate the clusters of lighting. For example, by controlling the receptor points, the Influence Light can be used as a reading light, a night light or even a decor light for changing your living room’s ambiance. 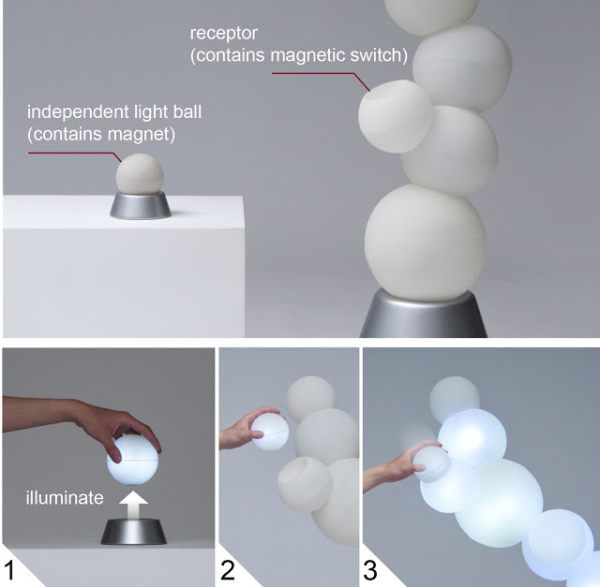